The Palestinian Authority (PA) continues to incite violence. Following the visit Wednesday (Sept. 4) by Israeli leaders to Hebron, the PA is now saying that Prime Minister Benjamin Netanyahu’s presence there was an act of “obvious war” and that he “defiled” the city.


“The [PA] Ministry of Religious Affairs emphasized that [Israeli] occupation Prime Minister [Benjamin Netanyahu]’s defilement of Hebron and the Ibrahimi Mosque (i.e., Cave of the Patriarchs) is nothing but obvious war, in which he has declared his blatant hatred towards the Palestinian presence in Hebron and the Ibrahimi Mosque, which is a purely Islamic mosque,” the official PA daily Al-Hayat Al-Jadida reported on Sept. 5, 2019.

Palestinian Media Watch reported this week that the PA may be considering launching a new wave of terror since the PA ministry, prior to Netanyahu’s visit, compared it to then-opposition leader Ariel Sharon’s visit to the Temple Mount in 2000, which PLO leader Yasser Arafat exploited to ignite the PA’s five-year terror campaign – the Second Intifada – in which more than 1,100 Israelis were murdered in terror attacks.

This hate speech and these messages of incitement to violence from the PA are continuing. The Palestinian Arab Front, which is a member of the PLO, called Netanyahu’s visit to the Cave of the Patriarchs a “defilement” and “a clear declaration of war.” The organization further incited violence, calling for “a popular response,” promising that its “fighting people will not sit idly by.”

“The Palestinian Arab Front said Netanyahu’s invasion of the Ibrahimi Mosque and defilement of it constitute a clear declaration of war and contempt for the Muslims’ sensibilities… It called for a popular response that will be at the level of the crime the occupation forces are committing. The front added, ‘Our fighting people will not sit idly by before the defilement of its holy sites. The occupation bears full responsibility for this crime. [Our people] will defend its holy sites with all its strength,'” reported the official PA daily, Al-Hayat Al-Jadida on Sept. 5, 2019.

The PA Ministry of Foreign Affairs on Wednesday called Netanyahu’s visit “a provocative colonialist and racist visit” and “warned against the dangers and consequences” of it, according to an article that day in Al-Hayat Al-Jadida.

PA Supreme Shari’ah Judge of Palestine Mahmoud Al-Habbash likewise used this opportunity to incite violence against Israelis, and he also compared it to Sharon’s visit to the Temple Mount.

“Al-Habbash said in a press statement that the Palestinian people’s memory still lives, and he recalled the results of extremist [then Israeli Opposition Leader] Ariel Sharon’s invasion of the Jerusalem Noble Sanctuary (i.e., the Temple Mount) 20 years ago (a visit used by the PA to ignite the PA terror campaign – the second Intifada, 2000-2005 -Ed)…

“He called on the residents of Hebron and the adjacent areas and all the Palestinians in the West Bank to increase their presence in the Old City of Hebron and carry out Ribat (i.e., religious conflict over land claimed to be Islamic) and pray inside the holy Ibrahimi Mosque (i.e., Tomb of the Patriarchs), in order to thwart the plans of the occupation and its leadership and in order to emphasize that this land is ours and that these holy sites are ours, and we will defend them with all the strength and determination we have,” his office said in its statement.

Prior to the visit, Nabil Abu Rudeineh, spokesperson for President Mahmoud Abbas said the Israeli leaders’ visit was “a serious escalation and a provocation of the feelings of Muslims.” He warned of “dangerous repercussions” and described the visit as a “dangerous escalation which aims at dragging the area into a religious war that no one can bear its consequences,” according to the official WAFA Palestinian news agency’s English edition, on Sept. 4, 2019. 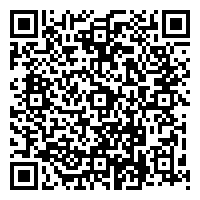