Lew voiced his support for a decision to ratify an earlier ruling of the SSMU board that the Boycott, Divest and Sanctions campaign against Israel and similar motions violate the SSMU Constitution because they are discriminatory in nature, and voted in favor for it in September.

“Democratize SSMU was a campaign to remove all Jewish and anti-BDS students from SSMU’s leadership, thinly veiled under the guise of “democracy,” “transparency,” and “accountability.” The description for the Democratize SSMU Facebook event publicly targeted me and two of my fellow Directors simply for being Jewish and having connections to a Jewish organization. My Jewish identity was now public, and a target was placed squarely upon me by the McGill BDS movement.”

Democratize SSMU later removed Lew’s name from the description of the campaign, and admitted that it had been “insensitive to anti-Semitic tropes of Jewish people as corrupt and politically powerful.”

Despite removing names, the description remained almost identical, and students were urged to attend the SSMU General Assembly and take action. “The first 5 directors were ratified with not enough opposition to even warrant counting votes. When my name came up, over 100 students raised their placards in opposition to my ratification, and I was not ratified as a Director,” Lew wrote. “I was blocked from participating in student government because of my Jewish identity and my affiliations with Jewish organizations,” Lew wrote.

Lew was accused of affiliation with Jewish political organizations such as the Canadian Jewish Political Affairs Committee (CJPAC), according to a report posted on the National Post written by senior student David Watson, who said Lew’s removal is “just the latest symptom of a much deeper problem” at McGill.

Watson, in his final semester, said the student society is “engulged in an endless debate over whether or not to support the Boycott, Divestment, Sanctions (BDS) movement . . . It’s a struggle that consumes the attention of the society and its members…

“I’m not aware of any legitimate criticisms of Lew, since no one even bothered to speak during the allotted debate period before the vote. But whatever their intentions, what matters most is that their actions have real, damaging consequences for our university’s Jewish students,” he added.

McGill Principal Suzanne Fortier released a statement following the vote, promising an investigation and a task force on “respect and inclusion in campus life.”

Retired Professor of Education and former Ombudsperson for Students, Dr. Spencer Boudreau was appointed to investigate the “events of October 23,” Fortier said. “I have asked him to undertake immediately a thorough identification and examination of the facts of the events of the SSMU General Assembly, for the purpose of determining whether those facts substantiate the allegations of anti-Semitism. He may also examine the facts of any antecedent events which may bear on the October 23 vote. I have asked him to report back to me by Friday, December 15, 2017, with his findings and recommendations, which will later be made public.”

The university is working on establishing a support telephone line and website for students, staff and faculty who experience exclusion or discrimination, with information on how to report such incidents.

The SSMU Board of Directors voted to establish its own committee to investigate anti-Semitism in the student society as well. 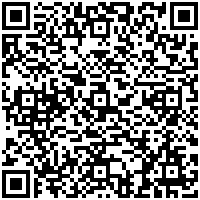