A medical source told Ma’an that a man with two bullets in his thigh was evacuated to a hospital in Bethlehem after the Israeli forces opened fire during clashes with an Arab mob in the Dheisheh camp.

Among the individuals arrested was Mohammed Ma’rouf al-Atrash, 24, who had been released in a prisoner exchange. He was picked up in his father’s house.

The Israeli security forces also stormed a building behind the communications company in the Rafidia neighborhood in Shechem, and clashes broke out between local youths and IDF soldiers. Five men were arrested.

Clashes broke out in Jerusalem Street in the Balata refugee camp, the largest and most dense in Samaria, adjacent to Shechem. An Israeli patrol was attacked by a mob of rioters. The soldiers fired sound bombs and tear gas canisters at the rioters.

Clashes also broke out in the town of Bitounia, west of Ramallah.

Jerusalem Church, PA, Jordan, Use Madman’s Arson Attempt in All Out Attack on Religious Jews 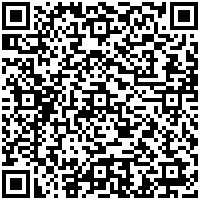