Hamza Halayqa from the town of al-Shyoukh in Judea was released on Wednesday after completing his 16-year prison term for terrorism, only to be re-arrested on Thursday, according to WAFA, citing the Palestinian Prisoner Society (PPS).

Apparently, Israeli security forces raided Halayqa’s home at dawn Thursday, searched it thoroughly using police dogs, and then took him back to prison.


According to WAFA, his mother suffered a health setback as a result, it isn’t clear what exactly.

The PPS accused Israel of deliberately re-arresting Arab terrorists shortly after they are released from prison, particularly in the Jerusalem area, in order to impose conditions that restrict their future attempts to carry out acts of terrorism.

The PPS also said Israel wants to prevent celebrations of the terrorists’ return home, which frequently lead to violent confrontations with security forces. 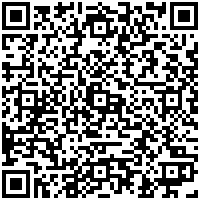