The government of Denmark has ordered a review of its funding to the Palestinian Authority, according to a report Wednesday by Ha’aretz.

The order comes after the Palestinian Authority named a new women’s youth center for Dalal Mughrabi, a bloodthirsty terrorist who led an attack in 1978 near Tel Aviv that left 37 people dead, including 12 children. The attack, known as the Coastal Road Massacre, was one of the deadliest terror attacks in Israel’s history. Mughrabi has been repeatedly lauded and honored by the Palestinian Authority.


The government of Norway and the United Nations both announced they had withdrawn their support for the women’s youth center after having learned it was named for Dalal Mughrabi. Neither party was informed by the Palestinian Authority of its intentions to name the center after the terrorist prior to the transfer of funds.

Danish Foreign Minister Anders Samuelsen said in a statement released by his office the order was issued last week in response to a request from Israel asking Denmark to “halt assistance to Palestinian organizations that support BDS activity.”

The request was made during a meeting between Israeli Prime Minister Benjamin Netanyahu and the Danish foreign minister on May 17. At that time, Netanyahu said “the true reason for the absence of a solution to the Palestinian issue is incitement,” and asked Denmark to halt its assistance to those organizations that support the activities of the Boycott, Divest & Sanctions campaign against Israel.

“We must be sure that Danish assistance contributes in a positive way to the advancement of human rights in the Palestinian territories,” said Samuelson in his statement. “It’s possible that following the inquiry we’re carrying out, we will have to halt funding for some Palestinian organizations.

“Until we reach conclusions, we won’t be signing on any new grants for Palestinian organizations.” 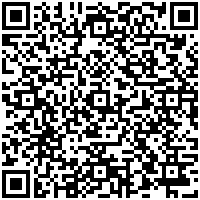