Officials in the European Union have informed the Palestinian Authority leadership there will be no additional financial aid unless the Ramallah government is willing to accept the tax revenues collected on its behalf by the State of Israel.

According to European diplomats and Israeli officials quoted by Hebrew-language Israeli journalist Barak Ravid in a report on Walla! News and Axios, the ultimatum to the Palestinian Autority officials is unprecedented, and an indication that frustration with the Ramallah leadership is growing, even among its most loyal European supporters.


The Palestinian Authority receives about $150 million per month in tax revenues collected on its behalf by the Jewish State, which has been transferring the money to Ramallah until a few months ago.

Israel has also been deducting the sums being paid by the PA government as “salaries” to terrorists incarcerated in Israeli prisons, and to the families of those who die while attempting to murder Israelis.

A subsequent pledge by Israeli Prime Minister Benjamin Netanyahu to extend civil laws to Israeli Jewish communities in Judea and Samaria as well as parts of the Jordan Valley was the last straw, prompting PA leader Mahmoud Abbas to announce that he considered all agreements with the US and Israel to be null and void, and was ending security and civilian coordination with the Jewish State (again), including the decision to stop receiving monthly transfers of tax revenues collected on the PA’s behalf.

Unsurprisingly, the move was more self-destructive than anything else, with the Ramallah government finding it difficult to pay its officials and security forces. PA officials were scrambling to find loans locally and abroad to pay their people while Israel moved ahead to sign peace agreements with two Arab nations in the region.

The PA meanwhile is now begging for money elsewhere — including in Europe — but this time, France, Germany, the UK and Norway, as well as the European Union entity are asking questions first, since Israel backpedaled on the sovereignty issue as a main condition for the agreements with its new Arab peace partners.

With that main sticking point out of the way, the Europeans are now asking Abbas why he wants a loan when he has $750 million in tax revenues sitting with Israel’s Finance Ministry waiting for transfer. No one is willing to discuss a loan at this point until he first withdraws that money — which belongs to his people — and uses it properly.

The bigger picture ultimately comes down to the question of why he is still unwilling to return to the negotiating table altogether — but that’s another story. 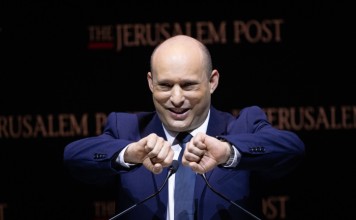 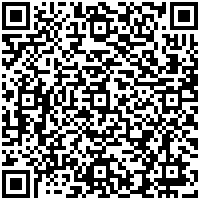