The Lavi organization on Monday revealed its interview with a staff member of Hadassah Ein Karem Medical Center in Jerusalem, who confirmed that only one Jewish patient is hospitalized in the Hematology/Oncology Department there, and the rest are Palestinian Authority Arabs. Lavi issued a statement saying, “Israeli parents struggle over a bed for their sick child – while in recent years the scope of medical treatment for Palestinian residents has doubled – it’s absurd”

Ahead of a debate on Monday at the Knesset Labor, Welfare and Health Committee, headed by MK Elie Elalouf (Kulanu), the Lavi organization published a shocking report on the number of patients from the Palestinian Authority who are being treated in Israeli hospitals. According to the report, , the number of PA residents treated in Israeli hospitals has doubled over the past five years, to reach 75,291 hospitalization days only in oncology departments, which notoriously endure a huge demand for treatment.

The Lavi report cites the State Comptroller’s Report of 2015, which examined the state of advanced imaging tests in Israel, and found that foreign patients and PA Arabs are given a significant preference over Israeli patients in access to CT, MRI, and PETCT.

The same report cites an investigation of the Hematology/Oncology dept. at the Safra Children’s Hospital in Sheba Medical center, near Tel Aviv, which is under tremendous pressure of children who are struggling for beds – which revealed that at least half of the hospitalized patients are not Israelis, and on occasion as many as 75% are not Israelis.

Some parents reported that when they complained to the hospital director, he gave them dismissive answers such as, “If you do not like it, take your child and move it to another hospital.”

One Sheba parent reported: “Last week, a doctor was crying because she had to remove a child from his bed and let him go home, not for medical considerations, but for “bed” considerations – to make his bed available. When she was asked why she was doing this, she started to cry and in the end did not release the child.”

The Lavi report also cites a study that showed that the length of hospitalization of Arab patients from the PA is often much longer, because some Israeli doctors prefer to keep PA Arab children in Israeli hospitals for very long periods of time, fearing that they would not return for the follow-up treatments. And so Palestinian Authority patients stay in the wards for many months, sometimes for a whole year, taking up beds while not actually receiving ongoing treatment.

This reasoning for prolonged hospitalization of PA Arabs in was repeated in an investigation conducted at the Hematology/Oncology dept. at the Safra Children’s Hospital in Sheba, the Lavi report says. 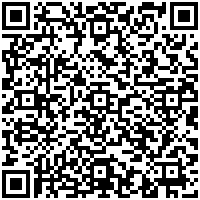