Last week, the sewage produced by the municipality of Al-Bireh, an Arab town in the Palestinian Authority, 10 miles north of Jerusalem, once again poured into Wadi Qelt, a.k.a. Nahal Prat, which runs into the Jordan River near Jericho. According to Regavim, the pouring sewage has caused the severe pollution of the stream and its springs.


The sewage treatment facility of the city of Al-Bireh is located near the axis leading to the Israeli settlement of Psagot, up the drainage basin of Nahal Mechmas, which is the main outlet of Wadi Kelt.

Needless to say, the beautiful reserve was closed to visitors.

Regavim and several environmental organizations, such as Green Now, have warned in recent years against the ecological catastrophe produced by the Al-Bireh facility periodically, but to date no investigation has been carried out on the issue and no deterrent measures have been taken to end the city’s environmental pollution.

After the sewage flowed back into the stream last week, Regavim sent a harsh note to Defense Minister Avigdor Liberman (Yisrael Beiteinu), Environmental Protection Minister Ze’ev Elkin (Likud), the Israel Nature and National Parks Protection Authority, and the Civil Administration demanding criminal measures against those responsible for the pollution.

Now Regavim is considering petitioning the High Court of Justice if no concrete actions are taken against those responsible.

“This phenomenon has long been a method,” said attorney Avi Segal who represents the Regavim movement. “Every few months, Al-Bireh’s sewage is pumped into the stream, causing daily and irreversible damage to the natural space and to the nature reserve.”

“In recent years, we have sent countless requests to the Civil Administration,” Segal continued, “but the Civil Administration has not taken concrete steps to prevent this ecological disaster. Since the Palestinian Authority itself is not working to prevent the ongoing malfunctions of the Al-Bireh wastewater treatment facility, the State of Israel must take over the operation of the facility.” 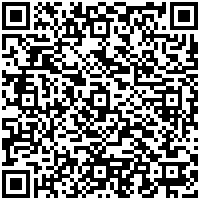