The Palestinian Authority on Thursday announced it will no longer pay Israel for the electricity it provides to the Gaza Strip, in a move that will certainly increase the suffering of local residents.

The message was delivered to the Coordinator of Government Activities in the Territories, Major General Yoav Mordechai.


Israel supplies Gaza with about 30% of its electricity—125 Megawatts—through ten lines, at a cost of about $11 million a month, which Israel takes out of the taxes it collects on behalf of the PA.

The PA Thursday announcement is yet another step in the escalating struggle over control of the Gaza Strip between PA Chairman Mahmoud Abbas and the Hamas. Abbas, who has died and was resurrected three times in recent days, according to Arab media reports, does not allow his personal medical heroics to slow down his onslaught on the Hamas government. Earlier this month, the PA trimmed between 10 and 30 percent off the salaries it sends its employees in Gaza. What may come next is a far-reaching ultimatum to Hamas, to come under the wings of the PA again or risk losing a complete stop of all PA payments.

When faced with the consequent crisis that will no doubt result from this move, the Hamas is likely to channel social frustration and suffering into attacks on Israel, in a desperate attempt to elicit financial support from the Gulf States. 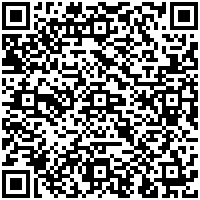