The Palestinian National Liberation Movement (Fatah) on Sunday protested an attack by Hamas and its armed forces on the funeral tent of Mohammed Ayoub, the 14-year-old Gazan boy who was killed at the border riots last Friday, Ma’an reported.

A press statement issued by the Fatah Information, Culture and Intellectuals Committee, said that the dismantling of the tent and shooting inside it and the intimidation of the citizens and the attack on the leadership of Fatah in the northern Gaza Strip and wounding them was a departure from national values.”

In other words, on the fourth week of a well-organized combo of “peaceful protests” and sneaky terror attacks at the fence, this populist venture has fallen victim to the age-old rivalry between the PA and Hamas, each side grabbing for the credit.

Considering that Hamas used to throw Fatah members off roofs, and drag their dead bodies through the streets, we’re not exactly sure what “national values” Fatah was referring to.

According to Reuters, Ayoub ignored his mother’s objection and slipped away to join this week’s protest along the Gaza-Israel border, just hours after Israel’s military dropped leaflets in his Gaza village warning residents to stay away.

UN Middle East envoy Nickolay Mladenov tweeted that “it is outrageous to shoot at children! How does the killing of a child in Gaza today help peace? It doesn’t! It fuels anger and breeds more killing. Children must be protected from violence, not exposed to it.”

Naturally, Mladenov had nothing to say about sending your children to run up against a border fence and challenge an army in the process.

Meanwhile, at some point, armed Hamas goons attacked the funeral tent where the boy’s body was being kept, in a manner which, according to Fatah, was “contrary to all the norms of national action and constitutes a violation of the ethics of national relations.”

Fatah condemned the incident, stressing that “the Palestinian blood, which was shed clean on Friday, should not have met such irresponsible acts.”

Fatah spokesman Atef Abu Saif called on the National Assembly to stand up to its responsibilities in order to put an end to these practices, stressing that the Friday “marches of return” constitute an important addition to the national liberation struggle and that those who work to thwart them will face disappointment and national rejection. 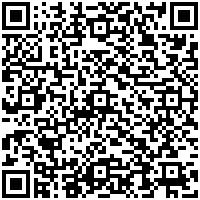