Sources in the Palestinian Authority (PA) estimate that there is a possibility of forming a Palestinian Unity Government that will take upon itself the reconstruction of the Gaza Strip following Gaza’s war with Israel, to mitigate disputes between Hamas and Fatah in light of the parties’ competition for control of the funds put forward toward the reconstruction projects.

Egypt is considering holding a regional conference soon to discuss how to rehabilitate the Gaza Strip and thus regain its status as the most influential factor in the Gaza Strip, but Hamas is already preparing to present conditions for rehabilitating the Gaza Strip.

The director-general of the Hamas local government office in the Gaza Strip, Ahmad Abu Ras, invited the international community on Sunday to hold a summit in the Gaza Strip that will plan the rehabilitation program and called on supporting and contributing countries to assess the damage themselves during the summit.

The Egyptian delegation that visited the Gaza Strip Sunday dealt with an initial estimate of the extensive damage, along with its activities to bring about a long-term ceasefire.

Hamas hastened to prepare the documents and comprehensive demands for damage restoration in Gaza, immediately after the end of Operation Guardian of the Walls.

“This time the reconstruction of the Strip will be different than before,” says Abu Ras, claiming that Hamas “it will focus on the reconstruction and development of all sectors, especially industry, agriculture, and tourism as part of national priorities.”

The IDF chief of staff’s recommendation that a different approach is adopted and that the rehabilitation funds be transferred through the Palestinian Authority and not Hamas is already raising the level of tension in the Hamas leadership, which is signaling its intention to control the rehabilitation funds and its opposition to any “bypass route.”

Ismail Haniya, in a speech delivered in Doha, the capital of Qatar, said “we thank Iran for the supply of weapons and invite the other countries to rehabilitate the Gaza Strip.” At the same time, says Khaled Mashaal, the leader of Hamas abroad, “Hamas wants to receive the donations for the reconstruction of the Gaza Strip directly and not through other sources.”

This position in Hamas marks what could be the catalyst for the next round of violence as its leadership understands well, according to senior statements and various sources, that Israel, the PA, the moderate states, and also elements in the international community will now try to bend Hamas through control and transfer of funds through the PA.

During the last operation, Israel focused its activities on hindering Hamas’ government capabilities. Hamas spokesmen now claim that “the fighting is intended to dilute Gaza economically over time and paralyze the Palestinian resistance.”

“Hamas has accurate data on the casualties, including an estimate of road destruction, residential buildings, workshops and factories, along with short-term plans to rehabilitate homes and government institutions,” they said.

Hamas also understood from the words of European Union Foreign Minister Joseph Borrell, the  EU will not finance the Gaza Strip rehabilitation before political negotiations between Israel and the Palestinians begin, based on a two-state solution, and that the PA will control the funds for the rehabilitation of Gaza.

The remarks made by US President Joe Biden that he will work to rehabilitate the Gaza Strip but ensure that the funds are not used for Hamas’ military intensification are of great concern to the Islamic terrorist organization, which is expected to refuse any money transfer mechanism.

The sanctions that PA head Mahmoud Abbas has imposed on the Gaza Strip for a number of years will be used in the campaign of pressure against the transfer of funds to the PA.

Egypt is expected to host a Palestinian summit on this issue soon. In this context, it should be noted that in recent months and while the PA refused to receive the tax money from Israel, Hamas has repeatedly demanded to receive the relative share of the Gaza Strip directly.

In an attempt to create alternatives to international funds, Hamas is raising another claim and demanding that it not limit the sources of funding and rehabilitation only to international governments and institutions and also accept funds from “civil society” institutions around the Islamic world and even establish a mechanism to collect and transfer such funds to Gaza.

Marathon contacts regarding the rehabilitation of the Strip

Even before the ceasefire was reached, a marathon of telephone conversations between the Palestinian leadership and Hamas and the heads of Arab states began. Abbas also spoke with the US Secretary of State Antony Blinken and their conversation also dealt with the rehabilitation of the Gaza Strip. Abbas also spoke with the Emir of Kuwait, who expressed support for the Palestinian cause and with the Qataris, who also met with Ismail Haniya, who has been in Doha for a year and a half, and the talks also dealt with the future of the Gaza Strip.

But alongside opposition to the PA’s control of funds in the near or distant future, Hamas is also ignoring the PA’s efforts in the political field to appropriate the achievements of the war in Gaza.

On the other hand, in an attempt to highlight Abbas’ role in ending the fighting and to justify his control of the finances in due course, the Palestinian ambassador in Cairo says that the leadership worked to end the “Battle of Jerusalem” and rebuild the Gaza Strip and take advantage of the Egyptian president’s initiative to host an international peace conference under the auspices of the Quartet.

Donations and financial assistance to the residents of the Gaza Strip

Qatari money has been distributed in recent days in the Gaza Strip and each of the families whose homes were damaged received $2,000. The World Muslim Brotherhood is also publishing bank account numbers as part of a fundraising campaign for Palestinians in the Gaza Strip.

The UN has also already decided to transfer $22.5 million to the empty coffers of UNRWA, which is now facing one of its biggest challenges in the Gaza Strip.

During the fighting, it was reported from the Gaza Strip that more than 70,000 residents live in UNRWA facilities and in the schools operated on its behalf. Hamas has considerable control over UNRWA’s activities in the Gaza Strip. Amir Masahal, a senior Hamas official, currently heads the UNRWA officials’ union. He was preceded by a member of the Politburo, Suhil al Hindi.

Is there a price for money – is Egypt returning to a position of influence in the Gaza Strip?

But the big money has not yet arrived. The Egyptian president announced even before the ceasefire that Egypt would provide a total of $500 million for the reconstruction of the Gaza Strip, and today the leaders of the factions in the Gaza Strip met and thanked him for his support of the Gaza Strip.

During the last round of fighting, Egypt’s role stood out as the decisive factor that managed to mediate between the parties and bring about a ceasefire. Direct contacts between Egypt and Qatar, for the first time in many years, also stood out and it seems that Egypt is gradually returning to its role as the main mediator between Israel and the Palestinians.

This role may be strengthened if Israel finally decides, on the recommendation of its security officials, not to transfer the suitcases of dollars through the Qataris to the Gaza Strip. These suitcases are one of the elements of immunity that Israel has granted to Hamas leaders in recent years.

“Egyptian support is not only a humanitarian act but also a political move and it marks Egypt’s intention to displace ‘regional parties’, which have previously funded Gaza reconstruction and which it does not want these countries to remain the only players on the field,” an Arab source told TPS.

The Palestinian Authority and Hamas understand that these funds may be used as a means of political pressure, but while Hamas hopes to control them to escape pressure from the PA, they fear that if the money is transferred directly to the Gaza Strip, it will benefit mainly Hamas families. Palestinian sources indicate in this context that Haniya’s family members own contracting companies in the field of construction.

For the time being, Hamas cannot go against the plans of Egypt, mainly because Egypt is the only Arab country with a border with the Gaza Strip, and it has a very significant influence and certainly now when the Gaza Strip is in dire need of huge amounts of construction materials and demolition equipment. Egypt was responsible for achieving the ceasefire.

Opposition to Egyptian money is being waged for them by other elements, including the Iranian media.

As early as 2020, the UN published a report in which it estimated the damage caused to the Gaza Strip economy since Hamas came to power in 2007 to 2018 is in the amount of $16.7 billion. The report noted that Palestinian GDP had fallen from 37% before Hamas took over to less than 20% in 2020.

The scale of the destruction in the Gaza Strip is now enormous. According to various estimates, the cost of rehabilitation will reach more than what it was in Operation Protective Edge and will amount to more than $8 billion.

There are currently no exact figures but the Gaza Ministry of Housing reports that 16,800 housing units have been damaged. Electricity flow is now limited to a period of 3 to 4 hours a day, compared to 12 hours before the outbreak of hostilities, and the Gaza Ministry of Agriculture estimates the damage at about $27 million, including greenhouses, farmland and poultry farms. 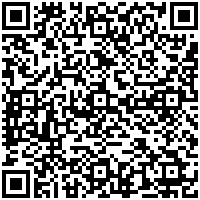