After months of legal proceedings, an illegal Arab structure that invaded state lands in Samaria and threatened the integrity of the Khirbat Kurqush archaeological site was demolished on Wednesday.

Khirbat Kurqush is located in southwestern Samaria, adjacent to the Ariel West industrial area and near Bruqin and Highway 5. The site existed mainly during the Hellenistic-Byzantine periods, of which impressive construction and quarrying remain, but there are also finds there from the Iron Age up to the Middle Ages. Near the site are many tombs, including magnificent burial caves.


The Regavim movement sharply criticized the Coordinator of Government Activities in the Territories, which acted to enforce the law at the site only in response to a petition to the High Court and a series of warnings received throughout the construction process of the illegal Arab structure.

The building in question was part of an ongoing invasion carried out from the area of ​​the village of Bruqin, located within the Palestinian Authority, towards the industrial area of ​​the city of Ariel, which is in Area C, under full Israeli control.

The invasion area is located on the outskirts of Khirbat Kurqush. The takeover stages began with road breakthroughs, continued with land development work and the planting of mature olive trees, and ended with the construction of a large structure that was connected to electricity infrastructure—at a considerable distance from the village.

The takeover area is legally defined as survey lands, which are state lands in Area C whose registration has not yet been completed.

After six different appeals demanding enforcement of the law by the Israeli authorities, Regavim petitioned the High Court to compel the Civil Administration to enforce a 2018 law known as Order for the Evacuation of New Buildings which the defense establishment and the State Attorney’s Office as an effective legal means to fight the EU-supported PA Arabs’ expansion into Area C.

The 2018 order makes it possible to demolish new structures built without a permit within 96 hours of issuing an eviction order, which is an exceptionally effective enforcement tool, making it difficult for EU- and PA-financed Arab offenders to establish facts on the ground by abusing the Israeli judicial process.

Despite this, to this day the Coordinator of Government Activities in the Territories has made only minimal use of this order, despite its proven effectiveness in the fight against illegal Arab construction.

During the hearing, the Civil Administration informed the High Court that the owner of the offending building, a PA Arab named Musa Ahmad Abu Eid, had received a temporary order from the High Court that froze enforcement proceedings. The Coordinator of Government Activities in the Territories told the court they would enforce the “order for the removal of new buildings” immediately after the expiration of the High Court injunction regarding the Arab petition.

The High Court compelled the Civil Administration to pay the legal expenses of Regavim’s petition, but even after the agency issued its commitment to the High Court, the Arab invaders continued their construction work.

Only after Regavim had issued another warning did the Civil Administration forces arrive at the invasion area on Wednesday and demolish the building.

“We welcome the enforcement of the law, but we fail to understand why the Civil Administration only woke up after being reprimanded and fined by the High Court following the petition we filed in the matter,” said Regavim attorneys Avi Segal and Yael Sinmon. “The whole purpose of the order for the removal of new structures is to allow for immediate enforcement within a few days, and here it lasted so many long months.”

“The Civil Administration is trying to shake off public criticism of its inefficiency, but if in this case it acted so slowly, it’s no wonder that it fails systemically in its role of preserving the open spaces in Judea and Samaria,” the attorneys said.

Yossi Dagan, head of the Samaria Regional Council, noted that “the protection of the historical treasures of this country is our duty, and the repeated attempts of the barbaric Palestinian Authority to damage historic assets—not only of the State of Israel but of all mankind—must be stopped. The government, with all its offices, must do its part in this regard.” 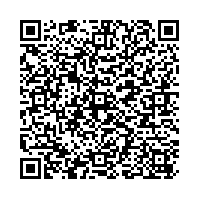