Posted text:
“If I fall I will not be the first to die, and not the last to die
#Rage! #Friday_of_dignity”

Text in center of image:
“If I fall I will not be the first to die, and not the last to die
O my brothers, I write my will with my blood, please guard my revolution with your blood
Through Fatah’s masses sweeping to attack
I am Fatah, I am a revolution, I am a storm (i.e., Al-Asifa, another name for Fatah)
[Fatah] Mobilization and Organization Commission’s Information Office
#Rage_of_Jerusalem”
[Official Fatah Facebook page, July 21, 2017]

PA official, Governor of Ramallah and El-Bireh, Laila Ghannam asked Allah for “victory over [our] enemies” and that He “guard the Al-Aqsa Mosque from evil” and “have mercy on the Martyrs of Palestine”

On Thursday, the day before the terror attack, Abbas Zaki, member of Fatah’s Central Committee, stated that the committee had “discussed… the Israeli attacks on the blessed Al-Aqsa Mosque” and was calling for “escalation.”

“He [Zaki] noted that the movement has declared this Friday a day of general mobilization to Jerusalem… He also noted that the [Fatah] Central Committee called on its supporters and members of the organization to turn this Friday into a day of escalation and refusal of all the Israeli steps in the holy city [of Jerusalem].”
[Donia Al-Watan, independent Palestinian Authority news agency, July 20, 2017]

Zaki further “called on the Palestinian and Arab masses to participate as widely as possible in the ‘day of rage’ tomorrow (Friday), in order to support the blessed Al-Aqsa Mosque.”
[WAFA, official PA news agency, July 20, 2017]

The terrorist murderer Omar Al-Abed, 19, stabbed and murdered three Israelis and severely injured one as they were having dinner in their home in Halamish north of Ramallah on July 21, 2017. Al-Abed was shot and wounded by a neighbor, and taken into Israeli custody, receiving necessary medical treatment at an Israeli hospital. Before committing the attack, Al-Abed wrote in his “will” on Facebook that he was taking his knife to respond to what was happening at the Al-Aqsa Mosque and did not expect to return.

In the days leading up to the murderous attack, Palestinian Media Watch reported that Fatah and PA leaders called to “escalate confrontations” and called on Palestinians to “rage.”

Palestinian Authority leaders have ignored the terror attack last Friday in which two Israeli policemen were murdered by terrorists shooting at them from the Temple Mount. Israel’s following security measures, which included closing the Temple Mount for two days and installing metal detectors at the entrances to the religious site have been portrayed by Palestinian leaders as “blatant aggression” and “escalation.” In that way, Palestinian Authority leaders justify a response of violence by PA Arabs.

“The prime minister [Hamdallah] warned against the consequences of the occupation government’s steps in Jerusalem, which began last Friday [July 14, 2017] with the closure of the Al-Aqsa Mosque (the Temple Mount was closed for two days and afterwards metal detectors were placed at the entrances to the site in response to a terror attack there in which two police officers were murdered; see note below -Ed.)… [The PA government] emphasized that what is happening constitutes blatant aggression and an Israeli plan that is targeting the identity, heritage, and faith of the Palestinians in Jerusalem, and their presence in the occupied holy city – something that is only liable to intensify the tensions in Jerusalem in particular and in the region in general, to lead to an explosion of the situation, and to ignite a religious war for whose disastrous consequences the government of Israel will be fully responsible.”
[Official PA daily Al-Hayat Al-Jadida, July 19, 2017]

As Palestinian Media Watch has reported, the murderer who is now in Israeli custody will now start receiving a monthly salary from the PA. 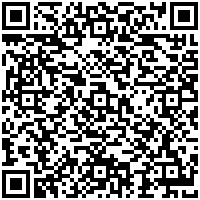