Two senior female politburo members of the Popular Front for the Liberation of Palestine (PFLP) were arrested Sunday night in Judea and Samaria by IDF and Shin Bet security forces. The detainees, Khatam Khatib and Khalida Jarrar, were arrested in the Ramallah area.

Jarrar, who represents the PLFP in the Palestinian Legislative Council, was released from Israeli prison in June 2016 after serving 15 months and paying a $3,000 fine. She also received 22 months’ probation.


Khatib is chair of the Association of Palestinian Women in the West Bank, and a senior member of the PFLP, which is an illegal organization.

Shortly after her release, Jarar returned to work as part of the PFLP, managed the organization’s activities, and is one of the senior operatives of the terrorist group in Judea and Samaria in the Ramallah area. The IDF Spokesperson said Jarar had been arrested for her promoting terrorist activity as an PFLP senior member, “regardless of her membership in the Palestinian Legislative Council.”

In addition, nine wanted Arab suspected in involvement in terrorist activities and violent disturbances were arrested in the IDF, ISA and police operations overnight Saturday. The arrests took place in El Bireh and Bethany in Benjamin; in Al Arub and Husan in Etzion; and in Rafat in Judea. The wanted men were transferred to the security forces for questioning. 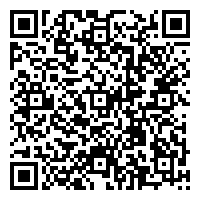