IDF Chief of General Staff Gadi Eizenkot on Saturday visited the scene of Friday’s ramming attack at the entrance to Mevo Dotan, arriving for an assessment with commanders from Central Command and the Judea and Samaria Division.

IDF soldiers raided the village of Barta’a, outside Jenin, on Friday night, home to Ala Qabha, the terrorist who murdered two IDF soldiers and critically injured two more earlier in the day.


The forces arrested the terrorist’s brother and uncle, as well as a number of others suspected of being involved in the attack. They also searched the village for illegal weapons and other contraband during the raid, and set up checkpoints to search vehicles on the surrounding roads.

In addition, Ala Qabha’s home was mapped for demolition. The work permits of some 30 of his relatives were revoked following the attack, according to an announcement by IDF Coordinator of Government Activities in the Territories, Maj.Gen. Yoav Mordechai.

Qabha’s father told the Walla! News site on Saturday that his son was not affiliated with any terrorist organization, and that he did not believe his son intentionally targeted Israeli soldiers. “This isn’t the first car accident like this and it won’t be the last,” said Rateb Qabha. “You hear about accidents like these every day in the news.” He downplayed the fact that Hebrew-language media had reported his son had recently been released from prison and was known to Israeli intelligence services, saying his son had been in trouble once for “stone-throwing, or some such thing.”

Forces also raided the Palestinian Authority village of Qabatiya, near Jenin, arresting a number of additional suspects also accused of involvement in the ramming attack. 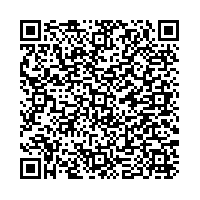