On Friday, some 75,000 Palestinian Authority Arabs passed through the various crossings from Judea and Samaria into Jerusalem for the Ramadan prayers, and the IDF augmented its deployment to facilitate the Ramadan prayers while maintaining order and security in the area.

The admission for prayer in the Al-Aqsa Mosque for men under the age of 16 and over the age of 40, and women of all ages, is allowed without the requirement of a permit. Men between the ages of 30 and 40 are required to obtain an entry permit via the Palestinian Coordination Office.

The IDF issued 150,000 entry permits for married couples for familial visits, without age limitation, 700 visitation permits in Judea and Samaria to relatives arriving from Arab countries, and the 700 flight permits for PA residents via Ben-Gurion Airport.

Similarly, the IDF extended the hours of operation at several crossings and gates.

“COGAT wishes all Muslims in general, and Palestinians in particular, a joyous month of Ramadan and a happy Eid al-Fitr,” it stated. 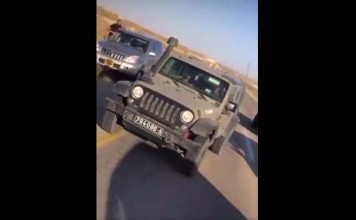