The wounded Israeli was saved from the start of a lynching by Palestinian Authority security forces, and handed over to Israeli security personnel, who brought him to a Jerusalem medical center.

Some 200 Arab rock-throwing rioters were involved in the violence that enveloped the Israeli man’s vehicle, which was completely incinerated.

A number of Arabs at the scene were reportedly injured in the violence after also attacking Israeli security forces who arrived at the scene.

Palestinian Authority diplomats Saeb Erekat and Ahmed Qurei are both residents of the town. 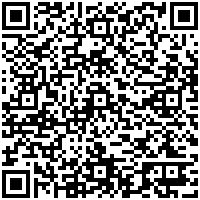