The Jerusalem Institute of Justice (JIJ) plans to petition the prosecutor’s office at the International Criminal Court in the Hague to launch a criminal investigation against Palestinian Authority chairman Mahmoud Abbas and Hamas political bureau chief Ismail Haniyeh for crimes against humanity, Israel Hayom reported Tuesday.

JIJ is a nonprofit human rights organization operating in Israel, dedicated to advancing human rights and civil justice. It advocates in Israeli courts, the Knesset, international governments, academia and mainstream media in Israel and abroad. Founded in 2004, JIJ has since handled more than 800 human rights cases.

According to the petition, the leaders of Hamas and the PA are responsible for a series of human rights violations, torture and ongoing abuse of the Arabs of Gaza and the West Bank.

“Ismail Haniyeh, head of the Hamas political bureau, makes extensive and systematic use of torture and unlawful killings by Hamas’ internal security forces in the Gaza Strip,” the petition says.

In addition to Haniyeh, JIJ demands an investigation against Abbas for crimes against humanity committed between June 2014 and April 2018. These crimes include criminal mistreatment of Arab prisoners in PA jails: arbitrary arrests, severe beatings, psychological torture and isolation.

The petition to launch an investigation against Haniyeh and Aabbas is in response to the January 2015 announcement by the International Court of Justice regarding a preliminary inquiry to determine whether there should be a full investigation into crimes in the “Palestinian territories.”

“Haniyeh committed two major war crimes: the first – the actual exploitation of children under the age of 15 for military purposes, and the second – the consistent use of children as human shields and military targets,” said JIJ CEO Flavia Sevald. 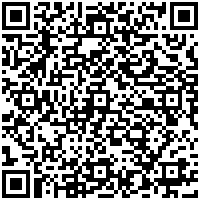