The Israeli government is refusing to negotiate with the new Palestinian Authority unity government unless Hamas renounces violence, recognizes the State of Israel and disarms, among other conditions.

The Security Cabinet issued a statement Tuesday, outlining its decision that it “will not conduct diplomatic negotiations with a Palestinian Authority government that relies on Hamas, a terrorist organization that calls for the destruction of Israel.”

The cabinet qualified the decision, however, listing the conditions under which it would agree to negotiate with the unity government:

* Hamas will recognize Israel and desist from terrorism, as per the Quartet conditions;

* Hamas must be disarmed;

* IDF fallen and Israeli civilians held by Hamas must be returned;

* The Palestinian Authority (PA) must exercise full security control in Gaza, including at the crossings, and prevent smuggling;

* The PA will continue to act against Hamas terror infrastructures in Judea and Samaria;

* Hamas will sever its ties with Iran; and

* Funds and humanitarian equipment will continue to flow into Gaza only via the PA and the mechanisms that have been established for this purpose.”

The London-based A-Sharq al-Awsat reported this past Sunday that Hamas agreed not to carry out attacks against Israel – be it from Gaza or Judea and Samaria – as part of the reconciliation deal signed in Cairo last week with the Palestinian Authority’s leading Fatah faction.

Both factions had allegedly agreed in what the newspaper called an “implicit understanding” that Hamas would extend its current “cease-fire” with Israel from Gaza to Fatah’s territory as well. Both also agreed not to take any unilateral actions that might disrupt their new deal.

Not every Hamas operative has participated in that cease-fire in any case; there have been many attacks against Israel from Gaza and in Judea and Samaria.

Regardless, senior Hamas spokesperson Husam Badran had already denied the report in a statement Tuesday to the Quds network.

Badran said “The position to choose resistance is not connected to any person or entity, but rather it is the position of the entire Palestinian people to decide. The natural situation is that when there is an occupation, there will be a resistance to confront it.”

In a separate report, Hamas leader Yahya Sinwar has allegedly been leading his faction’s move toward the reconciliation and unity deal.

According to the report by Israel’s Channel 2 news, Sinwar has gone so far as to promise to murder anyone within his own organization who tries to sabotage the agreement. 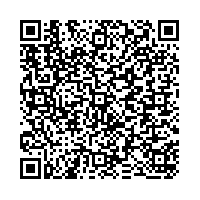