Following reports on the coming construction freeze in Judea and Samaria, the head of the Gush Etzion Regional Council, Shlomo Ne’eman, called on government ministers not to attend the state ceremony to be held in Gush Etzion to mark the 50th anniversary of the liberation of Judea and Samaria, Hakol Ha’Yehudi reported Saturday night.

“We celebrated the Cherry Festival in Gush Etzion, together with the farmers of Rosh Tzurim,” Ne’eman posted on Facebook on Friday, adding that “thousands of people from all over the country came to celebrate the glorious fruit of the land. But while the festivities were going on, I was informed about the agenda of the upcoming planning committee meeting, which is supposed to discuss the construction of 0 (zero !!) housing units in Gush Etzion!”

“The Israeli government plans to hold the 50th anniversary of the victory in the Six-Day War and the renewal of the settlement enterprise, and I tell … [our government that if you are] not sufficiently independent, don’t come to celebrate!” Ne’eman declared.

Head of Mount Hebron Regional Council Yochai Damari on Saturday night posted: “After eight years of a blockade on planning which was imposed by the Obama administration, preventing the construction of about forty thousand housing units in Judea and Samaria, now the political echelon chooses to continue the freeze and to keep the settlements under a the planning siege — while raising their hands in favor of the construction of some 20,000 housing units for Arabs in Area C.”

“This decision stands in stark contrast to the rules set by the political cabinet itself only two weeks ago,” Damari pointed out, and asked, “Is this an appropriate Zionist response by a right-wing government?” 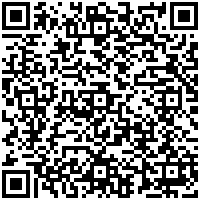