In a conversation with the head of the Binyamin Council Israel Ganz, and the head of the Beit El Council Shay Alon on Sunday, Culture and Sports Minister Miri Regev (Likud) said she had come “to strengthen the residents and settlement enterprise,” and added, “I also came to say that I am in favor of returning the barriers and the check points and in for the policy of expelling terrorists.”

Regev visited the Givat Asaf junction where two IDF soldiers were killed by terrorists a week and a half ago, and then continued to the unveiling ceremony of a new entrance sign at Amona.


The Amona land has been purchased by donors and an agricultural farm is planned for the site.

Shay Alon thanked Regev for the visit and told her that she “strengthens settlement with real action,” such as “your helping our quality of life, by providing budgets for the construction of a sports hall and football field, by bringing in cultural performances and in general by maintaining a policy that stops discrimination against the settlements.”

Israel Ganz thanked Regev for her participation in the unveiling ceremony and demanded the return of security to Judea and Samaria and the regulation of the settlement of Ofra. “We call on the prime minister to approve the purchase of the land,” Ganz said.

Avihai Braun, head of the Amona residents’ campaign, urged the government ministers to regulate the settlement’s land. “In the past two years, we have purchased the lands of Amona for thousands of shekels, and we are telling all the ministers of the Israeli government to take part in the redemption of our homeland,” he said. 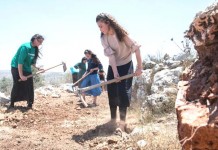 What Does Smotrich Know About Evyatar and Why Are Bennett’s People Angry at Him? 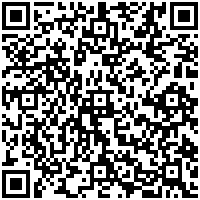