Hours after Israel’s Security Cabinet met to discuss a possible long-term ceasefire or “lull” (hudna) with Gaza’s ruling Hamas terrorist organization, government ministers and defense officials remained tight-lipped on whether there would be any settlement with the group, or not.

“Chief-of-Staff Lt.-Gen. Gadi Eisenkot, today updated the Security Cabinet on the situation regarding Gaza,” the Prime Minister’s Office said in a brief statement.


“The IDF is prepared for any scenario.”

Hamas, on the other hand, is not being tight-lipped at all. Spokesperson Sami Abu Zuhri charged the Palestinian Authority’s leading Fatah faction with deliberately instigating tensions in order to sabotage the ceasefire efforts by Egypt and the United Nations, according to Arab affairs journalist Khaled Abu Toameh, who wrote a detailed article on the subject in The Jerusalem Post.

Hamas claimed Sunday that Fatah is hoping Gaza will remain embattled in order to avoid its creation as a separate, independent mini-state negotiating its own peace terms with Israel.

In fact, the accusations by Hamas may have some merit: The Jerusalem Post quoted senior PLO official Ahmed Majdalani as telling the Ramallah-based Palestine TV, “Any agreement with Israel should be on a national basis, and not an agreement between Hamas and Israel.”

Majdalani insisted, however, that Hamas is not authorized to reach any agreement with Israel, saying it is a “political faction that seized control over the Gaza Strip through a military coup.”

Hamas, however, said in a statement that Fatah’s “negative demeanor and its continued irresponsible media attacks are aimed at foiling any national, Egyptian, regional and UN efforts to achieve national unity and end the suffering of the Palestinian people in the Gaza Strip.”

That all having been said, however, it is equally important to note that one of the four international Hamas officials who entered Gaza to join the talks with Egypt and the United Nations was Hussam Badran, who promised Gazans on Sunday there would be no deal with Israel without a resolution to the “national unity” issue with Fatah.

“We are living in a dangerous and sensitive phase,” he said, according to Abu Toameh. “We’re talking about the ‘deal of the century,’ which is aimed at liquidating the Palestinian cause.”

Hamas assured the factions that there would be no agreements without a ‘national’ consensus. “There will be no Palestinian state in the Gaza Strip, or without the Gaza Strip,” he said.

“We affirm that all Palestine is from the [Mediterranean] sea to the [Jordan] river.” 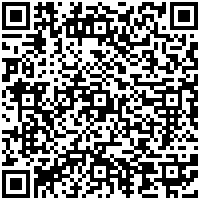