Prime Minister Benjamin Netanyahu on Monday told a special Knesset session devoted to the Israeli-Palestinian conflict that the PA Arabs “are not prepared to accept a Jewish nation state and have an internal debate as to why not. One half of them want to destroy us and the other half don’t want to quarrel with the first half.”

The special session, marking the 25th anniversary of Israel’s peace agreement with Jordan, was initiated by MK Meirav Michaeli (Labor-Gesher).

Netanyahu said: “When facing a dictatorship, the way to achieve peace is first of all through deterrence. Without deterrence, peace would collapse, so that the first key to a peace agreement with Arab states is deterrence. On this we have added tiers of security cooperation that has grown very much, far beyond what I can reveal here, as well as trade and intelligence cooperation. In practice, peace is maintained thanks to the ongoing deterrence even if it is not stated clearly.”

Netanyahu also addressed the issue of deterrence in relation to Egypt: “When [Former Egyptian president Mohamed] Morsi came to power in Egypt, the first thing he did was put tanks in the Sinai and violate the peace agreement. You never heard about it. I sent him a message and told him, ‘You have seven days to take them out, and if not – I will act in the US Congress to cancel your foreign aid.’ And he took them out. The stronger we are, the more they side with us. If we are weak, then our peace treaties will stand on chicken legs.”

Regarding the conflict with the PA Arabs, Netanyahu said: “They oppose the very existence of Israel. Even after we returned the Sinai and Gaza, it continued. I contacted the Palestinians in Gaza and asked rhetorically, why are you shooting at us? After all, we returned territory to Egypt, we left Lebanon, we left Gaza. Why are you still shooting? Their answer is it’s because of Judea and Samaria, but first of all it’s because of Palestine. Which is, first and foremost, Acre and Jaffa. The heart of Palestine.”

“The Middle East is rife with failed states and so the idea that we would abandon our security control in Judea and Samaria is ludicrous, we must not do that,” the PM continued. “The reason there are no major terrorist outbreaks from Judea and Samaria is because we are there and the Shin Bet is thwarting attacks every night. Why aren’t they digging tunnels into Israel from Qalqiliya? Because they know we would get there in an instant.”

“There are two basic conditions for progress with the Palestinians,” Netanyahu concluded. “Recognition of our right to a Jewish nation state and Israel’s continued presence in the area between the Jordan river and the sea. To date, Mahmoud Abbas has not accepted these conditions. If he does in the future, it could open a real door.”

Foreign Minister Israel Katz said at the session that “Israel wanted to organize a public event that would mark 25 years of the peace agreement between Israel and Jordan, but Jordan refused.” He added: “This is the complex reality of the two states’ relationship today.” 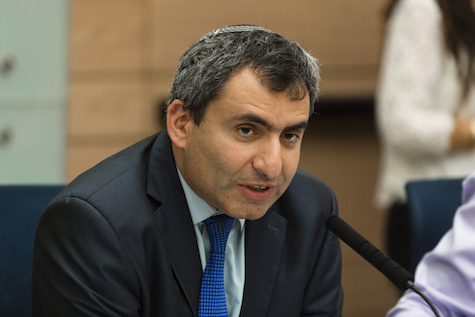 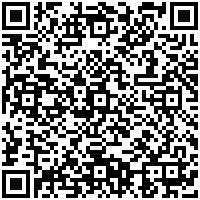