Mahmoud Abbas’ Fatah party, the dominant faction of the Palestine Liberation Organization and the Palestinian Authority, marked the 27th anniversary of the Oslo Accords on Sunday by praising the idea of the intifada and calling for resistance.

Intifada means rebellion or uprising, or a resistance movement. It is a key concept in contemporary Arabic usage referring to a legitimate uprising against oppression. The Arabs of Judea, Samaria, and Gaza, launched an intifada in December 1987, which resulted in the 1993 Oslo Accords, and in September 2000, which resulted in the final disillusion of the majority of Israelis who had supported the two-state solution.

Under the dubious headline, “In the name of Allah, the Most Merciful, the Most Merciful” which could be a Google Translate-generated typo, the PLO declared: “We call on our great nation, on the Arab nations, and on free people around the world, to stand beside Palestine which stands with drawn swords directed at our main enemy that resides on the land of our state.”

Fatah’s statement continued: “Our resistance (muqawama) is completely intertwined with all the lands of occupied Palestine, especially Jerusalem.”

“There is no voice more important than resistance…and we are obligated not to sheath our sword until we establish a fully sovereign independent state with Jerusalem as its capital.”

The statement also took a shot at Tuesday’s signing of a peace agreement between Israel and two Arab states – the UAE and Bahrain – in the White House: “We salute the initiative of the Alliance of Palestinian and Arab Institutions and American Democratic Forces to organize protest events in the American capital Washington on the day of signing the normalization agreement between the government of Abu Dhabi and Manama with the Israeli sworn government sponsored by the American Racism Administration in the White House and we hope it will spread. These events are in all states of America.”

Im Tirtzu’s Arab Desk which first reported the post said: “It’s sad to see that 27 years have passed since the Oslo Accords, yet Fatah continues to call for violence and encourage terrorism.”

Of course, one can understand their frustration: it’s like you grow up hating the kid next door only to end up seeing your older sister marrying him. And you’re not even invited.

“The intransigence of Arafat’s successors continues to leave the Palestinian Arabs behind while the rest of the Arab world moves forward,” Im Tirtzu said, adding, “Peace can only be made with an enemy once it gives up hope of destroying you. The Palestinian Arabs can only make this transition once its terror groups and infrastructures are defeated.”

Or, as was demonstrated in Abu Dhabi, peace can also be made with folks who were never your enemy, they were just worried about their crazy kid brother. 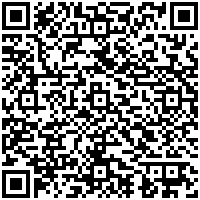