A June 28 public opinion poll issued by the Palestinian Center for Policy and Survey Research (PSR) found a “significant drop in support for Fatah and its leadership and a similar drop in support for the two-state solution and the one democratic state, accompanied by a rise in support for a return to an armed intifada and a majority support for the recent armed attacks inside Israel.” However, the same poll also found that “about two-thirds view positively ‘confidence building’ measures and the largest percentage of West Bankers is opposed to armed attacks.”

In other words, PA Arab’s opinion continues to be extremely bi-polar, and, as usual, a majority there wants peace with Israel as well as the complete annihilation of Israel.


The PSR survey results for the second quarter of 2022 show a “significant change in the domestic balance of power in favor of Hamas and its leadership, only three months after Fatah had managed to restore some of the popularity it had lost in the aftermath of the April 2021 cancellation of the legislative and presidential elections, the May 2021 war between Hamas and Israel, and the killing of the opposition figure Nizar Banat at the hands of the Palestinian security services.”
At this point, according to the PSR survey, Hamas and Fatah enjoy “almost the same level of public support, with the gap narrowing to one percentage point in favor of Hamas after it was six points in favor of Fatah in March 2022.”
The gap in popularity between the head of Fatah, Mahmoud Abbas, and the head of Hamas, Ismail Haniyeh, has now reached 22 points in favor of Haniyeh after it had been only 16 points three months ago. And more than three-quarters of the public demand Abbas’ resignation, while less than one-fifth of the public supports him.

Regarding PA-Israeli relations, the PSR survey results indicate a significant decline in support for the two-state solution, and a “significant increase––70%––in the belief that a two-state solution is no longer feasible or practical due to settlement expansion. But there’s also a significant decline in PA Arabs’ support for a one-state solution with equal rights for Jews and Arabs. Meanwhile, a clear majority supports a return to an armed uprising, inspired by the recent shootings inside Israel by Arabs who did not belong to any known terror groups. There’s a gap, however, between PA and Gaza Arabs on this point, with most Gazans supporting sporadic killings of Jews and the majority of PA Arabs opposing it.

What are the most vital PA Arab goals and the main problems confronting them today? The PSR survey found that (direct quote):

The total size of the poll sample is 1270 adults interviewed face to face in 127 randomly selected locations. Margin of error is +/-3%. 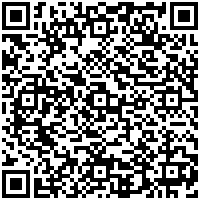