Palestinian Authority leader Mahmoud Abbas has ordered his government’s attorneys to transfer the case of a Jerusalem property dispute with Israel to the International Criminal Court at The Hague.

The case involves Israel’s eviction of Arab families from properties in the Sheikh Jarrah neighborhood of Jerusalem after an Israeli court denied the Arab property claims.


PA government spokesperson Ibrahim Milham said Tuesday the eviction of the families is a “war crime” under the Rome Statue and international law.

The two sides – Israel and the Palestinian Authority – were given until May 6 (Thursday) by the Jerusalem District Court in its February 10, 2021 ruling to report on whether they have reached a compromise to settle out of court.

Because the Court upheld an earlier October 2020 decision by the Jerusalem Magistrate Court requiring the Arab residents of the properties to vacate by May 2 — and seeing that the Court recommended a compromise rather than simply awarding the properties to the Palestinian Authority upon appeal — Abbas instead ordered his legal advisers to take the case to The Hague, alleging both the court order to vacate the properties, and the expected forcible removal if the resident’s don’t comply, are war crimes.

The case has been extensively researched by the NGO Monitor watchdog organization, which reported that 14 PA and regional organizations sent an urgent appeal to the United Nations Special Procedures of the Human Rights Council (UNHRC) about the case.

The Special Procedures of the UNHRC is a panel of independent human rights experts with mandates to report and advise on human rights from a thematic or country-specific perspective, according to the UN Human Rights Office of the High Commissioner.

“Such claims and campaigns distort, obfuscate, and erase the facts of the case, as litigated over 50 years in multiple Israeli courts,” the NGO Monitor said.

Status of the Residents:
According to a 1979 High Court decision, and re-affirmed repeatedly in subsequent cases, as in the case of any tenant living on someone else’s property, residents living on the land owned by these organizations were required to pay rent to the organizations that owned the properties.

Their failure to do so, along with instances of illegal building and illegally renting properties to others, resulted in the current legal proceedings against them, culminating in the District Court decision.
Crucially, in 1982, a number of residents- including those whose descendants appealed to the District Court- agreed in Magistrate Court that the 2 Israeli non-profits were the legal landowners.

The District Court case addressed the ownership claims of the eight appellants. The court found that:

In October 2020, the Magistrate Court rejected the residents’ claim that the property had been promised to them by the Jordanian authorities, during the years in which Jordan controlled the area. According to that decision, “all of the witnesses were born after 1967 or were very young at the time and testified that they heard about the [Jordanian] promise from an older relative.”

The court added that “the only document presented” to prove this alleged Jordanian guarantee “is a copy of a standard document from the Jordanian equivalent of the Housing Ministry, but this form is un-signed and does not bestow ownership on any of the defendants.”

Similarly, earlier Supreme Court decisions rejected ownership claims of Sheikh Jarrah residents based on what the court found to be an apparently altered Turkish deed and an “inauthentic” contract.

Moreover, in 2020, the Magistrate Court noted, “throughout all of the deliberations, the defendants claimed through their counsel that they were not tenants but rather held the property rights. . .

Apparently, as they realized that they had not convinced the Court that they were the owners of the property, the defendants claimed for the first time that they are tenants who should not be removed from their homes,” the NGO Monitor commented. 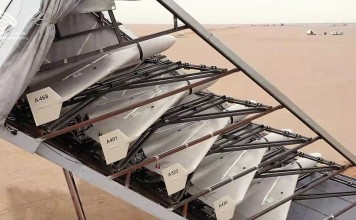