Educating Palestinian Authority youth to see terrorist murderers as role models is part and parcel of the Ramallah government’s policy. In keeping with this ideology, the
PA’s leading Fatah faction is currently holding a summer camp for youth, named after terrorist murderer Dalal Mughrabi.


Dalal Mughrabi led the most lethal terror attack in Israel’s history, known as the 1978 Coastal Road massacre, when she and other Fatah terrorists hijacked a bus on Israel’s Coastal Highway, murdering 37 civilians, 12 of them children, and wounding more than 70 others.

The Palestinian Authority Ministry of Culture endorsed the Fatah program with an official visit to the camp, while the official PA daily noted that camps such as this “place an emphasis on creating an educated and aware generation.”

PMW has documented that one of the means by which the Palestinian Authority and its leading Fatah faction — both headed by Mahmoud Abbas — glorify terrorists and their attacks is by naming events, streets, and schools after them.

The PA has named at least 28 schools after terrorists and 3 after Nazi collaborators. In addition, PMW has shown that Palestinian Authority education is A Recipe for Hate and Terror.

The following is the report on Fatah’s youth camp, named after terrorist murderer Mughrabi:

“The [PA] Ministry of Culture office in the Salfit district visited the summer camps in Yasuf, with some of the most prominent of them being the Martyr (Shahida) Dalal Mughrabi Camp (i.e., terrorist who led the murder of 37 civilians, 12 of them children) [held] under the supervision of the Fatah Movement and the Yasuf Youth Club, and the Childhood Ambassadors Camp that is funded by the World Vision organization and the Yasuf Village Council.

‘The Ministry of Culture delegation was briefed about the activities at the two camps, which place an emphasis on creating an educated and aware generation… Deputy Director of the Ministry of Culture office in Salfit Issam Abdallah spoke about the importance of the summer camps, and the interest they are revealing among the participants in the skills of art and creation. He added that the Ministry of Culture is showing great interest in camps like these and met with the creators and the talented [participants], while focusing on strengthening the importance of the Palestinian heritage in the minds of our children, as the heritage is one of the most important symbols of Palestinian identity and culture.”
[Official PA daily Al-Hayat Al-Jadida, July 31, 2017] 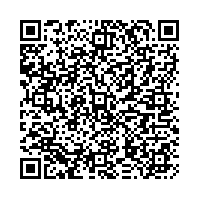