As President Joe Biden prepares to meet Friday with Palestinian Authority leader Mahmoud Abbas in Bethlehem – a 5-minute drive from the southern outskirts of Jerusalem – Abbas is continuing to deny in Arabic the reality of any Jewish history in the Land of Israel.

Abbas will probably say what he and PA officials always say to foreign leaders: They want only a Palestinian state in the 1967 borders, or 22 percent of the so-called “historical Palestine.”

Abbas will stress the Palestinian Authority wants the capital of its hoped-for new Arab country to be in the post-1967 areas of Jerusalem and to live “side by side in peace” with Israel.

But that’s not what Abbas and other PA officials say in Arabic to their constituents.

Despite the abundant archaeological evidence that proves Jewish history in Jerusalem in particular, and in the entire area in general, the PA adamantly denies any Jewish historical bond to either.

This falsification of history is the basis of the PA’s rejection of Israel’s right to exist in any borders.

A filler broadcast between programs by official PA TV since November 24, 2017, and continuing into this month stresses this denial of Jewish history while it invents an imaginary Palestinian history prior to the modern period.

The official Palestinian Authority TV narrator says in the broadcast, “Our memories in this land are too long to be counted in years, and the occupier in our land has no memories. We remain here.”

To further underscore the message that Jews and Israelis have no right to be anywhere in the land because they “have no history,” the PA and Fatah – both headed by Mahmoud Abbas – broadcast and published another video on June 30, 2022 that denies Jewish history in the land.

In that PA TV broadcast the narrator proclaims, “O coward, you must leave because you have no history in our Jerusalem, and it is not your homeland.”

The crowd chants in response, “With spirit, with blood we will redeem you Al-Aqsa Mosque. Allahu Akbar! (Allah is greatest)”

Palestinian Authority Prime Minister Muhammad Shtayyeh reiterated the above in a June 8 speech in which he referred to the ‘narrative war,’ claiming Israel has invented the entire Jewish history in Jerusalem.

“Israel is falsifying the facts and history in the most despicable manner – not just at the [Al-Aqsa] Mosque, but also at the Church [of the Holy Sepulchre] and in the city [of Jerusalem] – and is working to falsify its history, change the facts on the ground, and determine new facts, as if the Palestinian has no history,” Shtayyeh was quoted as saying in the official PA daily Al-Hayat Al-Jadidah.

“We know that throughout history, [despite] all the excavations that have been conducted underneath Jerusalem, Israel has not succeeded in proving that it has history in this city. Fifty-five years of excavations and tunnels have not proven that there is a Temple in the city (sic).”

At the same event, Abbas spoke on June 8 of “our defense of our religious and historical narrative against the defunct and false narrative of the occupation, which has no base, neither in the history nor in reality nor in international law.

“I say, Jerusalem and Palestine are not for sale, and we have foiled all suspicious projects to liquidate the Palestinian cause, particularly the deal of the century… We will hold on to our positions, our struggle, and our popular resistance until the State of Palestine is established with East Jerusalem as the eternal capital of the State of Palestine,” Abbas said, according to the PA’s official WAFA news agency.

These statements by the two top PA officials and the messages above denying Jewish history published by the PA and Fatah join the other strong PA/Fatah statements documented by Palestinian Media Watch that completely deny Israel’s right to exist in any borders, as “Palestine” stretches “from the Jordan River to the Mediterranean Sea.”

When President Biden sits down with Abbas to discuss the PA’s desire for a state in the so-called “1967 borders,” “side by side with Israel” and its capital in “East Jerusalem,” his response to Abbas should be to demand that Abbas acknowledge in Arabic on official PA TV that Jews have thousands of years of history in the land and that Israel has a right to exist. 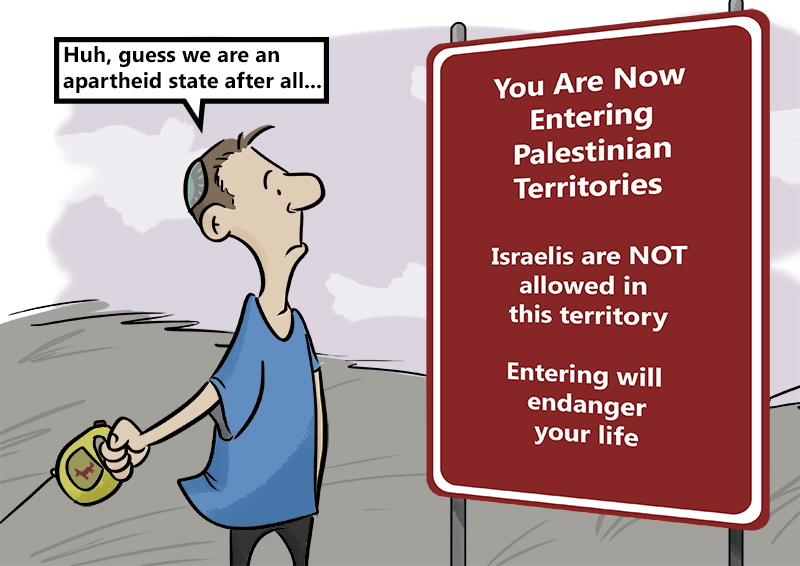 The War Against Antisemitism Must be Fought and Won, Without ignoring Palestinian Authority Jew-hatred