Palestine Liberation Organization (PLO) Executive Committee Secretary-General Saeb Erekat, formerly chief negotiator for the Palestinian Authority, is being treated in Israel for a severe lung disease, but he’s been warned by his doctors that only a lung transplant can save him.

He is presently on a waiting list for a lung transplant in Israel and in the United States with surgery expected later this month, according to a Fatah official.


Erekat suffers from pulmonary fibrosis, according to Ynet, a disease diagnosed as far back as 2013, according to Wikileaks. The disease builds up scar tissue in the lungs and reduces the organ’s ability to transfer oxygen to the body. Symptoms include shortness of breath and coughing. Erekat went through heart surgery in 2012 as well. Pulmonary fibrosis can lead to heart failure.

At present, Erekat’s lungs are functioning only at 35 percent capacity. An experimental drug he has been taking has lost its effectiveness, according to the reports.

Last month he was told by Israeli doctors in the central region that he has a good chance of survival, but only if he receives an immediate lung transplant.

Erekat is not the only Palestinian Authority citizen who relies on his Israeli neighbors for sophisticated medical care.

In Jenin, doctors in the emergency room at the Al-Razi Hospital were forced to take cover Monday night when a man pulled his gun and opened fire after being told his wounded relative, a PA traffic cop, could not be transferred to an Israeli medical center for treatment. A second man hurled a chair at staff behind the counter. Other men turned the counter over altogether, Israel Radio reported. The transfer could not be made because the hospital did not have the authority to make the decision.

In the past, family members of former de facto Gaza prime minister Ismail Haniyeh, now the international head of Hamas, and the sister of deputy Hamas leader Moussa Abu Marzouk were also treated by doctors at Israeli medical centers.

Erekat, meanwhile, is continuing to work, albeit at a reduced schedule. He told an audience at the United Nations last month, “We don’t have a partner in Israel today,” saying Prime Minister Benjamin Netanyahu is trying to replace the two-state solution with “apartheid” while referring to Israel itself as a “wild beast.”

He also criticized the Trump administration for not expressing sympathy over the deaths of the three Arab terrorists who murdered two Israeli police officers on the Temple Mount last month. (U.S. Ambassador to Israel David Friedman and U.S. Special Representative to International Negotiations Jason Greenblatt both made condolence calls to the families of the police officers, neither of whom was Jewish.)

Erekat has dramatically reduced his domestic work schedule as his struggle to breathe grows more difficult. The head of the Palestinian Authority General Intelligence Service, Maj.-Gen. Majed Faraj, has been appointed to take his place when he is no longer able to work, until he recovers. Faraj has good relations with Western officials and with those of Arab nations; however, he lacks fluency in the English language.

The Palestinian Authority faces other difficulties on this Tisha B’Av as well.

On Saturday Palestinian Authority leader Mahmoud Abbas spent several hours at a local hospital in Ramallah for what reporters were told was a “routine” medical checkup.

Israeli officials watched closely, however, as the 82-year-old leader went through blood tests and x-rays, since the visit seemed a bit sudden for a “routine” exam.

Rumors are spreading that Abbas was admitted to the hospital for “exhaustion” — a visit similar to that of a year ago, when he suffered a cardiac incident treated by medical procedure following an urgent spate of tests that included cardiac catheterization. Abbas is a heavy smoker and has a medical history that includes heart problems and cancer.

Thus far, Abbas has not indicated his preference regarding a successor, should he suddenly become ill or incapacitated. 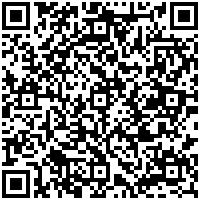