Palestinian Authority leader Mahmoud Abbas has appointed his spokesperson, Nabil Abu Rudaineh, to become the new Deputy Prime Minister, and Minister of Information to the Ramallah-based government. Abbas said through a spokesperson that he made the decision “in coordination” with PA Prime Minister Rami Hamdallah.


Abu Rudaineh, 66, is the first non-Muslim to hold a senior position in the Palestinian Authority government. He is a member of the Greek Orthodox Catholic Church. Abu Rudaineh was sworn in at the Muqata headquarters in a special ceremony on Thursday shortly after the surprise announcement was made.

Gaza’s ruling Hamas terrorist organization condemned the choice of Abu Rudaineh as Deputy Prime Minister, saying it ran counter to reconciliation efforts with the Palestinian Authority’s ruling Fatah faction, also headed by Abbas, according to the AFP news agency. In addition to his new posts, Abu Rudaineh will continue to serve as spokesperson for Abbas and the upper echelon of the Palestinian Authority. 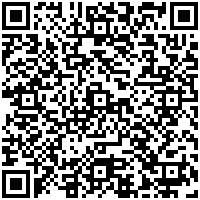