Security inspectors at the Tarqumiya crossing in the Hebron area thwarted an attempt on Wednesday night to smuggle a massive amount of weapons parts and equipment to establish a weapons production plant in the Palestinian Authority (PA).

An Israeli vehicle and two passengers arrived at the crossing on its Israeli side and were stopped for examination, after arousing the suspicion of the security inspectors. The search of the vehicle exposed a large amount of equipment, which is suspected to have been on its way to a weapons production plant in the area.

The equipment included parts and springs for weapons, silencers, various types of bullets, drills and lathes.

The driver claimed in a preliminary investigation that he was working at a trucking company and that he was sent to move the equipment without knowing what it was.

The equipment was seized, and the driver was transferred to the Israeli police for questioning.

Ministry of Defense official Erez Sidon praised the security guards and authorizes at the crossing. “We prepare for these types of scenarios throughout the year.”

Their actions “prevented smuggling which could have led to the harming of citizens,” he noted.

Israeli forces have been conducting an ongoing campaign against the illegal weapons production and trade in the PA.

The forces have shut down dozens of weapons production plants in the Judea and Samaria regions and have seized tens of machines and hundreds of weapons.

Israeli forces have arrested hundreds of suspects tied to the production and selling of illegal weapons, used in many cases against Israel’s civilians in terror attacks. 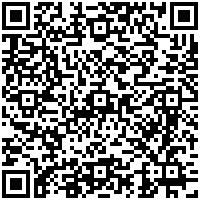