Terrorist Ibrahim al-Nabulsi (Ibrahim al-Nablusi in some transliterations) has been high on the wanted terrorist list for a while, but he kept managing to escape capture. No more.

Helmet footage released late Tuesday afternoon is seen below of the shootout that began when al-Nabulsi and terrorists in his home opened fire at Israeli forces.

IDF troops exchanged heavy gunfire with terrorists in Shechem (Nablus) on Tuesday morning, for hours. 30 terrorists were wounded in the exchange of gunfire, 18 were taken to hospitals for treatment, 4 in serious condition, at least 1 has subsequently died. The primary terror target, al-Nabulsi, was eliminated according to Arab sources. This was later confirmed by the IDF. From the videos, it is very clear that he is dead.

Al-Nabulsi reportedly sent a message to his mother that he was about to die as a Shaheed (martyr). Arab sources claim the IDF launched at least one missile into the home he was holed up in.

Al-Nabulsi’s voice message, in which he explains that he is inside the surrounded building, that he’s going to become a martyr and that he loves his mother… pic.twitter.com/PsWepxV5go

It has been released for publication that a K-9 dog from the YAMAM unit was killed in the crossfire.

Arabs are rioting in Shechem at the moment.

Arab sources say the IDF still has the city surrounded, and they are worried the IDF will enter the city again. 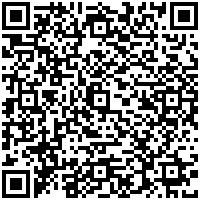