Palestinian Authority leader Mahoud Abbas is slated to address the United Nations Security Council on February 20 during its monthly meeting on the Middle East.

The meeting is set to focus on the continuing tensions over the United States recognition of Jerusalem as the capital of Israel.


Abbas has announced that he intends to ask the Council to grant full UN membership to the Palestinian Authority.

Such a move – involving unilateral recognition of a sovereign, independent “State of Palestine” without direct negotiations with Israel, would allow the Palestinian Authority to abrogate and evade its commitments under the internationally-recognized Oslo Accords which it signed in 1993.

Israel’s UN Ambassador Danon said in a statement Thursday that Abbas is “seeking to put an end to any possibility of negotiations with Israel.

“By continuing to act against the United States and seeking unilateral action against Israel, Abbas is completely misreading today’s reality and harming the prospects for a better future for his people.”

In order to succeed in his bid to upend the Oslo Accords and gain unilateral recognition for a new Arab state along Israel’s borders, Abbas must convince the UNSC to support his application for membership.

If the Security Council agrees to recommend the entity as a “state” for full membership to the General Assembly, the UN must still approve it with a two-thirds majority.

The United States is one of the five permanent members of the Security Council, however; it is likely the application won’t make it out of the UNSC chamber, since the U.S. will probably would veto the application. 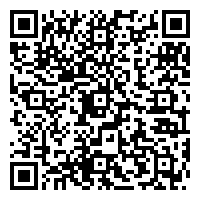