Al-Sheikh is responsible for civilian affairs and security coordination with Israel. He is also considered the person closest to Palestinian Authority leader Mahmoud Abbas.


Gantz and Abbas Meet in Ramallah with Bennett’s Blessings

Al-Sheikh was also present at a meeting between Abbas and Defense Minister Benny Gantz held last month at Gantz’s home in Rosh Ha’Ayin. During that meeting Abbas warned Gantz against disturbing the status quo at sacred sites such the Temple Mount, where the Al Aqsa Mosque is located. The Temple Mount is one of Judaism’s holiest sites; it is also the third-holiest site in Islam.

According to the report, Prime Minister Naftali Bennett was updated about talks prior to the meeting, as was Gantz, who met with Abbas twice last month and once last August.

Both Gantz and Abbas reported their most recent meeting was “successful.”

The definition of “successful” apparently meant Israeli concessions to the Palestinian Authority that included a transfer in advance of NIS 100 million ($32.2 million) in tax payments collected by Israel on behalf of Ramallah, as well status approvals “on a humanitarian basis” for 6,000 Arab residents of Judea and Samaria in the PA Population Registry, and for 3,500 Gaza residents.

The status approvals will mean that Israel officially recognizes the legal status of those who receive the permits. A similar concession was granted for 4,000 PA Arabs in October, enabling the recipients to obtain Israeli work permits and to travel, among other legal-related activities.

Gantz also approved the addition of 600 businessperson permits, 500 permits for businesspeople to enter Israel with their vehicles, and dozens of VIP permits for senior PA officials. 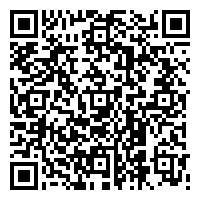