Von der Leyen made the announcement Tuesday morning in remarks delivered at Ben Gurion University of the Negev upon receiving an honorary doctorate from the school, adding the EU is also preparing infrastructure projects that will “help us along the green transition.”

Israel has an estimated gas reserve of at least one trillion cubic meters. Domestic use over the next 30 years is not expected to exceed 300 billion cm. At present, Israel exports gas to Egypt, some of which is then liquified and sent on the Europe. That process may be expanded if an agreement is signed to provide the EU with more Israeli energy.

Following a quick midday meeting with Prime Minister Naftali Bennett, the European Union leader rushed to Ramallah to meet in the afternoon with Palestinian Authority government officials and update them on Europe’s latest efforts to donate to their coffers.

The Palestinian Authority spends nearly a third of its annual budget on monetary support for terrorists incarcerated in Israel and their families following attempts to murder Jews and other Israelis. And that doesn’t include the money spent on publicity campaigns to encourage those terrorists — and the youngsters they recruit — to carry out their attacks.

“Good to be in Ramallah,” von der Leyen told reporters at a briefing there. “Team Europe is the largest donor of support to the Palestinian people. We’ll discuss how to boost economic, social development, including access to clean water, reliable energy supply and food security.”

Good to be in Ramallah to meet PM @DrStayyeh.#TeamEurope is the largest donor of support to the Palestinian people.

The European Union also supports the Palestinian Authority’s active campaign to grab land in Area C, the parts of Judea and Samaria that are allegedly under Israel’s complete legal and military control, assisting with technical support and actual illegal construction of schools and other structures on Israeli territory, sometimes even within IDF firing zones.

Earlier in the day, von der Leyen told the gathering at Ben Gurion University in Be’er Sheva that the strongest bond shared by the EU and Israel is “our belief in democracy and its values. Your freedom of thought has turned a small country of just a few million into a global trailblazer for science and innovation.”

She added that “democracies like ours should stick together.”

No mention was made of the fact that the European Union continues to fuel the international economic war on Israel being carried out by the Boycott, Divest and Sanctions campaign through its initiative to stigmatize products originating from Jewish communities in Judea and Samaria with special labels.

This past weekend, Norway issued a statement announcing its decision to mark “foodstuffs originating in areas occupied by Israel” with the area from which the product comes, “and that it comes from an Israeli settlement if that is the case.”

The reference to “Israeli settlement” includes cities like Betar Illit, with a population of nearly 60,000 Orthodox Jews, and Ariel, home to an Israeli university that includes a medical school.

“A ruling by the European Court of Justice from 12.11.2019 states that the Food Information Regulation must be interpreted so that food from areas occupied by Israel must be labeled separately so that consumers are not misled by a lack of labeling about the origin of the product,” said the Norwegian statement, based on a current European Union policy.

None of this, of course, was in evidence as von der Leyen said, “EU and Israel are bound to be friends and allies, because the history of Europe is the history of the Jewish people.”

It certainly is, and the memories of that history are found in central Jerusalem at the Yad Vashem Holocaust Memorial Center that von der Leyen visited — as do all other visiting dignitaries — at the start of her visit.

“Our democracy flourishes if Jewish life flourishes too,” she told the audience at Ben Gurion University. “I am committed to fighting antisemitism and fostering Jewish life in the EU,” she added.

But since anti-Zionism is clearly another form of antisemitism, which the European Union admitted for the first time earlier this year in a statement honoring Holocaust Memorial Day.

“Antisemitic hatred has no place in our world, and it makes no difference if it is disguised as anti-Zionism or whether it comes from far-right or far-left extremists or from Islamist and other religious fundamentalists,” the EU said this past April. “We Europeans cannot – and will not – stay indifferent in the face of increasing antisemitism. Not this time. Not ever again.”

Of course, all that is conveniently ignored by the EU when it comes to its enthusiastic participation in the international BDS campaign against Israel and its citizens in Judea and Samaria.

Von der Leyen arrived Monday in Israel for talks with top Israeli officials on “energy and food security, stepping up cooperation on research, health and climate.”

The European Union has been discussing the prospect of importing Israeli natural gas since shortly after the start of Russia’s invasion of Ukraine, which prompted limited EU sanctions on Russia.

Von der Leyen told Foreign Minister Yair Lapid in their meeting the EU would work together with Israel to “further strengthen bilateral cooperation and political dialogue…including [on] the impacts of the Russian aggression of Ukraine on food security and energy supply.”

As long as the food doesn’t come from Israeli Jews in Judea and Samaria, that is. 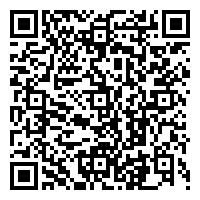