Last week, Israel Hayom published a teaser of its weekend interview with US Ambassador David Friedman, on the second anniversary of President Trump’s decision to move the US embassy from Tel Aviv to Jerusalem. Frankly, we were alarmed by that teaser, a fact that was reflected in our headline, “Trump’s New Disengagement: Restricted Sovereignty, Settlement Freeze, Mandatory Palestinian State Negotiations.”

But because we really like Ambassador Friedman, who is a true friend of Israel and particularly of the settlement enterprise, we went through the full interview on Friday, to see where we may have been wrong with our alarmist assessment of his message.


We were not wrong and, in fact, if anything, the full text of the interview adds a lot of specific detail to our general sense of the Deal of the Century nightmare.

But before we dive into the full Friedman interview, let’s make one thing clear: with Netanyahu’s de facto recognition of a Palestinian State for the next four years, expect a Joe Biden White House to take this concept, adjust and amend it as they see fit, and recognize a Palestinian State. As unintended consequences go, this one rates very high.

We’ll start with the most obvious deception, the interview’s headline: “It makes no sense that Israel will give up Hebron and Beit El, just as the US will not give up the Statue of Liberty.” Israel has already given up Hebron, it happened back in 1997, when Prime Minister Benjamin Netanyahu shook the hands of arch-murderer Yasser Arafat and awarded him more than 80% of the city. The ambassador is referring to the tiny bit that was left under Israeli control, which includes the Cave of the Patriarchs. To follow Friedman’s metaphor, we kept the Statue of Liberty but gave away almost all of Liberty Island to the Arabs.

With that in mind, here are the key parts of the Friedman interview which should strike fear and a whole lot of rage in the hearts of the lovers of Eretz Israel, including, presumably, Ambassador David Friedman:

IH: Let’s move on to President Trump’s peace plan, and the issue of applying Israeli sovereignty to Judea and Samaria: does Israel have the green light to apply sovereignty in six weeks?

Friedman: “[Right now] we have a conceptual map – it’s conceptual – it’s impossible to declare sovereignty from something that was so lacking in details. What we [Trump and the government] said, was, when the mapping is done and when the government of Israel agrees that they will freeze the part of construction in Area C that’s not set for sovereignty – make it available for four years – and when the prime minister agrees that he will negotiate with the Palestinians on the basis of the Trump peace plan – which he’s already agreed to, he agreed to it on the first day, when that happens, we will recognize sovereignty, Israeli sovereignty over the area that the plan contemplates as part of Israel.

But the ambassador is wrong, the most important of the three components he mentioned is not that Israel declare sovereignty, but the fact that it has to abandon half of Area C, which will be turned over to a Palestinian State in four years — and, should there be a different president in the White House, those 4 years may be extended indefinitely.

Not only will this facilitate a Palestinian state, but a contiguous Palestinian state, where Israel would have to invade its neighbor in order to stop future terror attacks and to bring terrorists to justice. The planners of the Oslo Agreement were smart enough to construct Area C in a way that makes it difficult for a Palestinian enemy to maneuver within its own borders.

Here is a map of Judea and Samaria, courtesy of B’Tzelem. It shows so clearly how at every turn, a hostile Palestinian maneuver of any kind would be met with a deep security zone managed by Israeli forces.

What the Trump plan, according to Ambassador Friedman, is going to do is chop off those IDF-controlled security zones and hand them over to the enemy.

Back before the 2005 disengagement, Israel controlled the Gaza Strip by dividing it into separate areas with IDF forces that controlled the passage from one area to another, limiting the maneuverability of terrorists from north to south and therefore their effectiveness.

As soon as Israel pulled out these restraints, all hell broke loose, especially once Hamas took over the Strip in 2007.

Beware of Greeks bearing gifts, folks, it was true for Troy, it’s true for Israel. In exchange for a restricted sovereignty over areas where Israel already is the de facto sovereign, the Jewish State will be giving away its most precious real estate.

So, to sum up the Trump contributions to Israel’s future so far: nice words about Jerusalem the eternal capital, nice words about the Golan heights, actual action on severing Israel’s ability to defend itself against rockets from a Palestinian state.

The nightmare took on more specific terms later on in the Friedman interview:

IH: Regarding the construction freeze you mentioned – are there any localities that cannot develop during these four years? Because, as far as I can see, the freeze doesn’t apply to the existing localities, only to open areas.

Friedman: “Yes, you’re mostly correct. There are three categories of territory in Area C: There’s the area that is populated by Jewish communities and sovereignty allows these communities to grow significantly. That’s the majority – let’s call that 97% of the population – and in those areas, there’s no restriction on growth. For example, Ariel will be the same as Tel Aviv [there will be no restriction]. So that’s category number one.

“Then there’s a third category, called the ‘enclaves’ or the ‘bubbles.’ This is 3%, the Jewish communities that are remote. And so, what happens to them is, Israel declares sovereignty over those communities, but they don’t expand – they can expand up but they can’t expand out. So as to the vast, vast majority of settlements, the rules would be the same as in the Green Line.”

Finally, IH asked: What can you say about the mapping committee’s work?

Friedman: “The primary task belongs to the Israeli side because they’re the ones that have to come up with what’s best for the state of Israel. The overriding requirement [is] that the Israeli portion of area C will not exceed 50% of area C [which is], 30% of the West Bank. We’re talking and listening, and everyone understands that come July, certainly, people on the Israeli side, want to be ready to go July 1.”

To reiterate: the outcome of Israeli sovereignty in Judea and Samaria would be to establish a Palestinian State in 70% (or even 85%, depending on how one read’s Friedman’s math) of what used to be called the West Bank, and it will be a contiguous Palestinian State, one that even the late Shimon Peres and Yitzhak Rabin never dreamt would be possible.

The question is: will Benjamin Netanyahu who returned the city of Hebron to the Arabs, now return the majority of Judea and Samaria, under the guise of “sovereignty.” We hope he doesn’t.

Finally, this deserves a whole other article, but for now, we were stunned to read that Ambassador Friedman actually slipped into the Apartheid argument, when he told Israel Hayom: “…there is no way in the modern world that a country, especially a country as great as Israel, could possibly have a country with two classes of citizens, where one votes and the other doesn’t. it can’t be done.”

For the record, the Palestinians do vote, they held a national election back in 2005, but since then their chief, Mahmoud Abbas, refuses to hold another election. They do vote regularly for their local municipalities.

Also, the Unites States is a very good example of the phenomenon Friedman describes, a country with two classes of citizens, in Washington DC, which is not represented by a Congressman, and Puerto Rico and other territories which cannot participate in national elections. No one accuses the US of practicing an apartheid policy in its capital city, and likewise, Israel will find solid ways of guarding the civil rights of its Palestinian subjects without awarding them national rights. 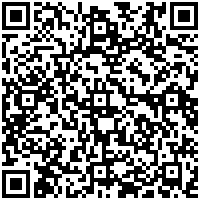