The Arabic opening paragraph urged readers to send this message to the pages of soldiers and settlers. The message enclosed was in atrociously bad Hebrew, which is common in Hamas-generated messages, where the hate is visceral, but the syntax stinks. The following translation, then only provides the gist and doesn’t do the near-illiterate text justice:

“Zionist enemy. In the name of the resistance cell in the occupied territories.

“Thanks to God and thanks to our experts, who prepared a [not clear] that exposes the website as soon as a person open to the message.

“We will send you, Jew, resistant uniforms that stab the Jew (very difficult to discern what theis means). Or we’ll kill one of your family members identified on your site.

“We have prepared for this uprising in recent years, to fight with you.

“There’s no hiding, fleeing will not spare you.”


“I reported it to Facebook,” DoubleTapper wrote in an email to JewishPress.com. “They said it’s not a violation of their community standards. I subsequently received a slew of private messages threatening me, all directly quoting the post.”

DoubleTapper continued: “I carefully documented All of the above and shared with my 300k Facebook fans who reported the offending page and post to Facebook. They all received the same response as I did.”

Which leads him to the conclusion that “Facebook is dangerous and slanted against Jews.”

We checked the Facebook Community Standards section, and it states clearly:

“We remove content, disable accounts, and work with law enforcement when we believe there is a genuine risk of physical harm or direct threats to public safety.” Is it possible that the atrocious grammar skills of the Jordanians dispensing death threats made it difficult for the Facebook execs to take action? Could this, possibly, be a new approach for terrorists: you can get away with hate messages, as long as they’re misspelled and hard to figure out? 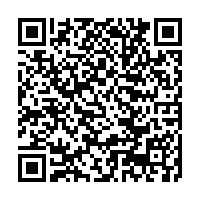