Gaza-based terrorists fired a missile on Israel of the first time in three months early Tuesday morning, striking the industrial area of the port city of Ashkelon. No one was injured.

The rocket exploded near a bypass road, and caused damage. The early warning siren did not sound, according to Ashkelon Mayor Benny Vaknin, who added that schools would remain open.


Hamas and allied terrorists have engaged in activity near the Gaza security fence since the end of the Pillar of Defense counterterrorist operation last November, but they had not staged a missile attack until today.

The missile strike may have been carried out to draw Israel into a military response at a time when it is trying to convince the Palestinian Authority to lower the tensions in the wake of the death of a PA prisoner in an Israel prison on Saturday.

Dozens of Arab rioters were wounded on Monday when the IDF responded to rock throwing attacks on soldiers and motorists throughout Judea and Samaria, following the funeral of the prisoner.

On Monday, the IDF announced it was moving a few Iron Dome batteries to the Gush Dan area, which includes Tel Aviv. 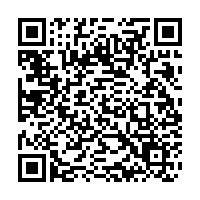