Dr. Mohammad Shtayyeh, who served as the Palestinian Authority’s Minister of Public Works And Housing and Minister of the Palestinian Economic Council for Development announced on Thursday that the PA is going to inform Israel during Thursday’s security coordination meeting with Israeli officials that it no longer abides by its Oslo agreements with Israel as long as Israel is not keeping them, Israel Radio reported.

“Israel is not a partner — it’s an enemy state that occupies our land,” he said. He revealed that the current Palestinian leadership’s strategy is to internationalize the conflict through various means.

In a conference in Beirut, Lebanon, Shtayyeh said it’s the end of negotiations with Israel under an American monopoly. He supported the “Awakening,” as he called it, by Arab youth on the ground these days, and said that it is at the heart of the PLO’s strategy of its struggle.

Minister Zeev Elkin (Likud) said in response that the PA’s plan to inform Israel it no longer abides by the agreements between the two sides is yet another nail in the PA’s coffin. Elkin noted that the PA has been slowly vanishing from the map for all kinds of reasons. He emphasized that the PA’s existence completely depends on the Oslo Accords, and that security cooperation is a central part of those accords. Should it announce that it no longer keeps them, there will no longer be a basis for said existence and it would “evaporate,” as he put it.

In Elkin’s view, such a move would not cause Israel any damage in the world arena.

The Truth About Fat And Health 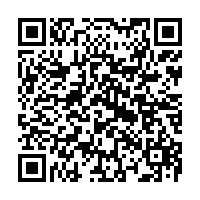