Four shoes dropped this week on Israel’s settlements policy, and of the four, the most painful was the last one—as is common in shoe dropping—when it turned out the US government supports boycotting the Jewish communities on the wrong side of a boundary line marked temporarily back in 1949 and crossed almost 49 years ago.

Just to remind you, all of these shoes came a-dropping on a week when two Jewish women were stabbed for sports in their home towns by Arabs, one woman died, the other, five months pregnant, survived.


So, to reiterate, Tuesday was not a good day for folks who want Israeli communities in Judea and Samaria to thrive, for the benefit of everyone involved, including local Arabs. US Ambassador Dan Shapiro carried a speech at the INSS conference in Tel Aviv that could earn him a job with the Swedish foreign office, essentially accusing Israel of carrying out extrajudicial executions, suggesting the killing of Arabs who stab IDF soldiers in the neck was “unchecked vigilantism”; and Human Rights Watch, one of the wealthiest NGOs on the planet, with an operating budget that exceeds $50 million most years, suggested businesses should withdraw from Judea and Samaria Jewish communities, all the time insisting they were not advocating a boycott; and, a scant few hours ahead of those two, the EU foreign ministers convened — even as Syrian asylum seekers were turning downtown Cologne into a scene from a Fellini movie — and decided that world peace would be saved if only the good people of Europe stopped buying wine from Jews, and they, too, insisted this wasn’t a boycott.

Some of us felt like the guy getting mugged on the street and the mugger is insisting he’s just borrowing some cash. And the watch, please.

Altogether, it was high time for someone in Jerusalem to apply right away Bayit Yehudi Chairman Naftali Bennett’s call, at the same conference, for thinking outside the box. Never mind that Defense Minister Moshe Ya’alon felt so threatened by his colleague’s well honed suggestions, he called them childish and accused Bennett of preaching to his Facebook Choir. And so, in typical fashion, just as Israel was being pushed against the ropes, three-teamed by the US, the NGOs and the EU crowd, the Netanyahu government opted for an internal bar brawl.

Now for the fourth shoe, which dropped during the State Dept. daily Q&A with the press, as Spokesman John Kirby was answering a reporter’s question regarding the HRW report. The spokesman insisted he hadn’t read the report, but seeing as he had just been responding to questions regarding Ambassador Shapiro’s speech, and he did know about the EU foreign ministers’ decision to continue product labeling, he went ahead anyway and stated: “Well, as you know, our longstanding position on settlements is clear. We view Israeli settlement activity as illegitimate and counterproductive to the cause of peace. We remain deeply concerned about Israel’s current policy on settlements, including construction, planning, and retroactive legalizations. The US Government has never defended or supported Israeli settlements, because administrations from both parties have long recognized that settlement activity beyond the 1967 lines and efforts to change the facts on the ground undermine prospects for a two-state solution. We are no different.”

The reporter asked, “And does that mean … that you have no issue with this EU decision? You support it?” 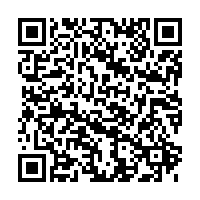