On Sunday, the 6th of Tammuz, the Netanyahu family marked 44 years since Lt.-Col. Yonatan (Yoni) Netanyahu was killed while leading an elite IDF force in what was later dubbed Operation Yonatan, to free the hostages in Entebbe, Uganda, in 1976. The mission was successful, with 102 of the 106 hostages rescued. Netanyahu was the only IDF fatality during the operation.

Prime Minister Benjamin Netanyahu said, “The pain over Yoni’s passing has only grown with the years and it is difficult to find comfort.”

The eldest son of Israeli professor of history Benzion Netanyahu, Yonatan was born in New York City and spent much of his youth in the United States, where he attended high school. After serving in the IDF during the 1967 Six-Day War, he briefly attended Harvard University before transferring to Jerusalem’s Hebrew University in 1968; soon thereafter he left his studies and returned to the IDF. He joined special force Sayeret Matkal in the early 1970s and was awarded the Medal of Distinguished Service for his conduct in the 1973 Yom Kippur War – for rescuing Lieutenant Colonel Yossi Ben Hanan from Tel Shams, while Ben Hanan was lying wounded behind Syrian lines.

The commonly accepted version of Yoni Netanyahu’s death is that he fired on Ugandan soldiers, and was shot in response by a soldier from the airport’s control tower. The family refused to accept this version, insisting that he was killed by the German who commanded the hijackers. 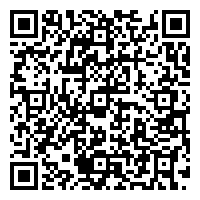