For the first time since 1967, Israel’s Foreign Ministry has distributed worldwide the document “The legality of settlement,” which declares that the Geneva Convention does not apply to Judea and Samaria and that “at no point in history was Judea and Samaria subject to Palestinian sovereignty.”

Most of the Israeli embassies around the world have recently completed the distribution of the document, which details the legal arguments for the claim of Israel’s connection to Judea and Samaria, including citations from former US Undersecretary of State Eugene V. Rostov, who supported Israel’s right to settle in the liberated territories in “‘Palestinian Self-Determination’: Possible Futuresfor the Unallocated Territories of the Palestine Mandate” (Yale Journal of International Law, 1980).

“It is true that since the Six Day War in 1967 the United States government has taken the nominal position that Israel held the Sinai, the Golan Heights, the West Bank, and the Gaza Strip only as the military occupant under international law,” he continued, noting that “The State Department has maintained that under Article 49 of the Fourth Geneva Convention, a state administering the territory of another state as military occupant cannot in the absence of military necessity or governmental need displace the inhabitants of the territory and establish its own citizens in their place.”

But, in Rostov’s view, “The Department’s position is in error; the provision was drafted to deal with individual or mass forcible transfers of population, like those in Czechoslovakia, Poland, and Hungary before and after the Second World War. Israeli administration of the areas has involved no forced transfers of population or deportations.”

The decision to issue and distribute the document, utilizing the Rostov arguments, was made by Deputy Foreign Minister Tzipi Hotovely (Likud) after she had taken office, based on a proposal by the Matot Arim organization. It was after she had realized that most Israeli embassy websites around the world do not present any position information regarding the settlements.

Since the directive was issued, Hotovely and her staff have traveled a bumpy road, facing serious objections from professional FM staff regarding the content and dissemination of the document. Even after an agreed upon text had been formulated, many embassies refrained from publishing it for various reasons. Some claimed that they lacked the resources to translate it to local languages, others said they were under staffed and couldn’t print and distribute copies. Hotovely and her staff were forced into many confrontations with their subordinates, when it was obvious the resistance was, above all, ideological.

A survey conducted this week by Matot Arim revealed that the document is finally being presented by all of Israel’s missions abroad, including the embassies in the United States, the European Union, Australia, and Canada.

The document’s chapter dealing with history states that “the attempt to present Jewish settlements in Judea and Samaria as a new type of ‘colonial’ settlement by a foreign sovereign is motivated by political considerations. At no point in history was Jerusalem or Judea and Samaria subject to Palestinian Arab sovereignty.”

The legal section states that the Geneva Convention does not apply in Judea and Samaria.

The document’s conclusion is that Israel “has valid property claims in relation to said areas, not only because of the Jewish historical affinity and long-standing presence in the country, the designation of the land as part of the Jewish National Home under the mandate of the League of Nations, and Israel’s recognized right to defensible borders – but also since the area has not been under the legitimate sovereignty of any state and fell under Israeli control as a result of a defensive war.” 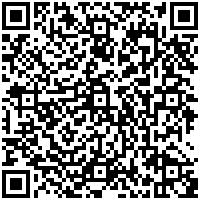