The Land and Environment Court in Sydney, Australia has upheld a decision by the local Waverly Council blocking the construction of a new synagogue at a site just a few hundreds meters from Bondi Beach.

The reason? Fear of a terror attack, the council said.


“The proposed development should be refused as the site is not suitable for the proposed synagogue use as the Preliminary Threat and Risk Analysis relied on by the Applicant raises concerns as to the safety and security of future users of the Synagogue, nearby residents, motorists and pedestrians in Wellington Street and the physical measures proposed to deal with the identified threats will have an unacceptable impact on the streetscape and adjoining properties,” the council stated.

Moreover, the decision leaves no room for amendments to the plan, nor any security upgrades that might create a safer space.

Jews in the community were, as one might expect, completely shocked.

In a statement published in Australia’s Daily Telegraph, Rabbi Yehoram Ulman pointed out “The decision is unprecedented. Its implications are enormous.

“It basically implies that no Jewish organization should be allowed to exist in residential areas. It stands to stifle Jewish existence and activity in Sydney and indeed, by creating a precedent, the whole of Australia, and by extension rewarding terrorism.”

Ultimately, he said, the council has “effectively placed in jeopardy the future of Jewish life in Australia.”

A spokesperson for the council reiterated, however, that “The site is unsuitable for a synagogue because of the potential risk to users and other members of the general public.”

Given the fact that Australians are known for their bravery and bodacious attitude in the face of a threat, however, is not yet clear whether the issue is truly a fear of terrorism, or simply a fear of too many Jews. 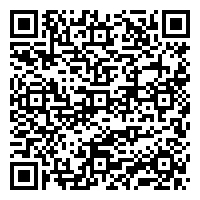