Following a story in ProPublica Thursday which nailed Facebook for allowing advertisers to target users with a preference for anti-Semitic and racist slurs, on Friday BuzzFeed reported that the world’s other online giant advertising platform, Google, not only allows advertisers to specifically target ads to users who have searched bigoted terms, it also suggests to ad buyers additional bigoted terms after they typed their initial hateful selection into its ad-buying tool.

According to BuzzFeed, when you type “White people ruin” into Google’s ad platform, you will receive additional suggestions of search terms for your ads such as “black people ruin neighborhoods.” And when you type, “Why do Jews ruin everything,” Google Ads will suggest attaching your ads to the searches for “the evil Jew” and “Jewish control of banks.”

Just as Facebook had done Thursday, Google on Friday disabled every keyword in the BuzzFeed fake ad campaign, but, for some reason, kept “blacks destroy everything,” which is still available if you hurry.

Friday morning, Senior Vice President of Advertising Sridhar Ramaswamy issued a statement saying, “Our goal is to prevent our keyword suggestions tool from making offensive suggestions, and to stop any offensive ads appearing. We have language that informs advertisers when their ads are offensive and therefore rejected. In this instance, ads didn’t run against the vast majority of these keywords, but we didn’t catch all these offensive suggestions. That’s not good enough and we’re not making excuses. We’ve already turned off these suggestions, and any ads that made it through, and will work harder to stop this from happening again.”

Incidentally, using algorithms to restrain bigotry can often be as insulting as using them to spread it. In the 1990s, a well know word processing program was reported to issue a warning to users who tried to write the words “Jew” or “Jewish,” suggesting these words were “controversial.” So you can’t win.

Israel and the Demise of the Global Village 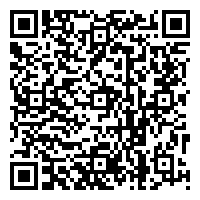