At the end of a week in which the United Church of Canada, that country’s largest Protestant denomination called for a boycott of goods produced in “illegal” Israeli settlements, including East Jerusalem, Canadian Foreign Minister John Baird declared that “Israel has no greater friend in the world today than Canada.”

The foreign minister was addressing the American Jewish Committee World Leaders Plenary, attended by an audience of more than 1,500, including many ambassadors in Washington, D.C. The foreign ministers of Cyprus and Germany also spoke at that Global Forum session.

“Our strong support for Israel is not about politics at home, and certainly not about winning popularity contests at the United Nations. Canada certainly has the scars to show for it,” Baird said. “It’s about values.”

Canada’s pro-Israel position, he said, was a matter of principle, based on the values of “freedom, democracy, human rights and the rule of law” that Canada shares with Israel and the U.S.

“At the UN and elsewhere, we make it clear that Israel’s right to exist is non-negotiable. We vote against one-sided and unfair resolutions,” he said.

Canada has not always been so friendly to Israel, said Baird, who recalled two incidents in his own career when his suggestions to speak up for the Jewish state were rebuffed as naive and politically unrealistic.

“That is no longer how Canada operates,” he declared, “Not under this Foreign Minister. And not under this Prime Minister.” Baird’s speech was interrupted by frequent applause.

The current Canadian government “rejects the concept of moral relativism in international relations,” said Baird, adding that in Canada’s view “liberal democracies and international terrorist groups are not equal.”

Baird remarked that over the decades Canada has “paid a high toll for the principles that guide us” in fighting against hatred and intolerance, and in defense of freedom, democracy and dignity in two world wars and other conflicts around the world.

“In Afghanistan, we have invested billions of dollars and sacrificed more than 150 lives to ensure that country never again becomes a haven for terrorism,” said Baird.

Baird also expressed his country’s commitment to human rights, specifically denouncing Iran for its persecution of women, Christians and Baha’i; China for driving Christianity underground; and Egypt for its treatment of Coptic Christians.

And he pointed out that AJC, similarly, “does important advocacy work” not just for Jews but supports “dignity and respect for all peoples.”

The Foreign Minister also stressed the importance of economic prosperity for areas of the world that are beset with unrest and violence. He described his government’s success in providing “jobs, growth, and long-term prosperity.”

Noting that Canada has the third largest oil reserves in the world, Baird spoke of the potential benefits to his country and the U.S. of the Keystone XL pipeline project, which AJC strongly supports.

Incidentally, the United Church of Canada report will be considered by the Church’s General Council, which meets in Ottawa in August. Until then, the report is not yet official Church policy. 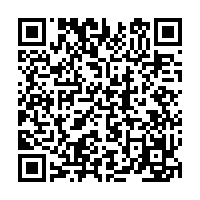