“The relations between China and Israel are excellent – based on mutual respect, a shared past and a promising future,” said the president. He added that the good relations between the two people began as early as the 10th century CE with the Jewish community of Kaifeng.

The two leaders spoke about the growing cooperation between the two countries in the field of economy and innovation and about the joint projects under development.

Vice President Wang Qishan thanked the president for his welcome.

“The relations between the two countries are based on a long shared history, as you mentioned, and also on partnership in innovation,” Wang said.

“Israel does not have large natural resources, but the miracle of development rests on the tremendous human capital of this nation. Human beings are the most precious asset.” 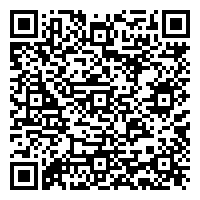