According to Newsweek (Exclusive: As China Hoarded Medical Supplies, the CIA Believes It Tried to Stop the WHO from Sounding the Alarm on the Pandemic), A CIA report says China threatened the World Health Organization that it would stop cooperating with the agency’s coronavirus investigation if the organization declared a global health emergency.

On Tuesday, Der Spiegel suggested (A Failed Deception: The Early Days of the Coronavirus Outbreak in Wuhan) that the question regarding when Chinese President Xi Jinping learned of the new virus “is crucial when it comes to assigning responsibility. There are a number of indications that Beijing was misled by the provincial government and that the central government only recognized the severity of the epidemic in mid-January. But if Xi really was aware of the problem on Jan. 7, then he would have to bear responsibility for the fact that the world was deceived for so long regarding the true nature of the disease.”


A German intelligence assessment published by Der Spiegel last week, accused President Xi of personally pressuring WHO Director-General Tedros Adhanom Ghebreyesus on January 21 not to point the finger at China’s failure to assess and contain the pandemic.

According to Newsweek, the timeline of the CIA document, called “UN-China: WHO Mindful But Not Beholden to China,” and the German report “dovetail” with an analysis of the US Department of Homeland Security that accused China of suppressing information about the pandemic’s outbreak in January, in order to hoard medical supplies from around the world.

WHO spokesperson Christian Lindmeier told Newsweek: “We don’t comment on specific discussions with member states but we can say that at all times during the pandemic WHO has acted in accordance with its mandate as an evidence-based technical organization focusing on protecting all people, everywhere. WHO bases its recommendations on science, public health best practices, evidence, data, and the advice of independent experts. Dr Tedros did not communicate with President Xi on Jan 20, 21 or 22. Dr Tedros and his senior team met with President Xi in Beijing on Jan. 28. The issue of PHEIC (Public Health Emergency of International Concern) did not come up in that meeting.”

President Trump told Republican lawmakers last Friday: “What World Health got away with is unbelievable. They’re a pipe organ for China, so I’m going to make a decision very soon.”

Meanwhile, Der Spiegel this week cited a confidential situation report from the German Defense Ministry which states: “The US Navy assumes the Chinese navy will make use of the, albeit temporary, COVID-19-related absence of all US aircraft carriers in the Pacific to deliberately increase military pressure on countries in the entire region.”

Der Spiegel suggests that “China is finally managing to become a superpower – not just economically, but also geopolitically – during the tenure of US President Donald Trump.” The magazine quotes German UN Ambassador Christoph Heusgen, who believes “China is skillfully maneuvering itself into the gaps the US is leaving behind in international organizations.” 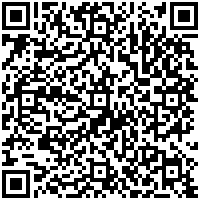