The Jerusalem Appeals Court on Tuesday convened to discuss an appeal filed against the state’s request to revoke the residency status of the family of Fadi al-Qunbar, the terrorist who murdered four IDF cadets in January 2017.

According to the state attorney, the Shin Bet possesses information indicating that members of the al-Qunbar family have ties to ISIS and therefore represent a danger to state security.


The appeal on behalf of the terrorist’s family was submitted by HaMoked, which, according to JTA, received around $2.5 million in from European sources; $300,000 from the Ford Foundation; $300,000 from the Welfare Association in Geneva via a Ramallah-based NGO; and $29,000 from the Finnish government.

Also present at the hearing were Herzl and Merav Hajaj, the parents of Shir Hajaj, one of the IDF cadets murdered in the attack. The Hajaj family, along with the Zionist organization Im Tirtzu which is assisting them, submitted a request to be added as respondents to the appeal alongside the government.

“Our Shir won’t come back,” said Merav and Herzl Hajaj, “but we are here to prevent the next attack from taking place. It is absurd that European governments and the New Israel Fund are funding the legal defense of depraved terrorists who murdered our Shir and other Israelis.”

“We will fight until the last drop of our blood against those who are profiting from the murder of Jews,” added Merav and Herzl Hajaj.

Ben-Zion Adoram, the legal adviser of Im Tirtzu who is representing the Hajaj family, explained that “Joining as a respondent does not only enable the family to voice its view, but enables them to formally appeal the verdict should they find it necessary to do so.”

The court is expected to reach a verdict in the coming days. 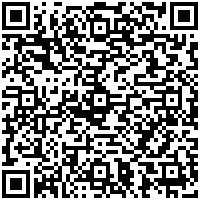