The Czech Republic and Hungary have broken ranks with the European Union on President Trump’s recognition of Jerusalem as the capital of Israel, the EuObserver reported this week. Czech president Milos Zeman on Thursday announced: “[Trump’s decision] makes me truly happy […] We may, sooner or later, follow the United States.”

Both countries refused to endorse the EU’s statement that was going to express “serious concern” on the part of the entire organization of states. As a result, the statement was issued only by the EU foreign affairs chief Federica Mogherini.


Mogherini used a joint appearance with Secretary of State Rex Tillerson in Brussels to declare that “a way must be found through negotiations to resolve the status of Jerusalem as the future capital of both states.”

Despite the objection of two member states, Mogherini opted to declare that all the EU states were in full agreement with her position, saying, “This is the consolidated European Union position that has always been built on the common position of member states.”

The Czech Republic on Wednesday stated that it “recognizes Jerusalem to be in practice the capital of Israel,” but noted that this covers only West Jerusalem “in the borders of the demarcation line from 1967,” and not eastern Jerusalem.

Still, the Czech message added that its foreign office “can start considering moving of the Czech embassy from Tel Aviv to Jerusalem,” but “only based on results of negotiations with key partners in the region.” 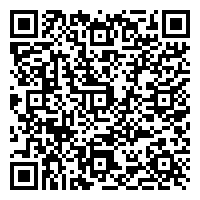