Knesset Speaker Yoel (Yuli) Edelstein praised the nations of Europe Wednesday for replacing military alliances with economic and political forums, and for recognizing the Jewish People’s need for an independent state. But he added that while Europeans have taken many steps to acknowledge the crimes of 75 years ago, he said that current trends across the continent do not bode well for Jews.

“Much has been done to acknowledge the painful truth of the Holocaust. Politicians, media outlets, academics, and engaged citizens have stood up to combat anti-Semitic rhetoric and acts. Memorials to vanished Jewish communities have been built, Holocaust education and awareness has expanded dramatically throughout Europe,” Edelstein said.


Addressing a special session of the European Parliament in honor of International Holocaust Remembrance Day, Edelstein added that too many parties have allowed the passage of time to allow anti-Semitism to rear its head once again.

“Yet, for all the work that has been done, I fear that the post-war sense of mission has faded, leaving real issues unaddressed. What has been learned from all the memorials if synagogues across Europe need round-the-clock protection? Is Holocaust education effective if Jews on this continent can’t wear a kippah or a Star of David necklace for fear of attack?

The speaker also chastised the Parliament for Europe’s flourishing relationship with Iran, and particularly for the EU’s refusal to admonish the Islamic Republic for promoting anti-Semitism and terrorism.

In a speech to the Belgian Parliament yesterday, Edelstein cited the case of a Belgian teacher who won a cash prize in Iran for a cartoon demeaning the Holocaust and returned home to lavish praise.

“After he won the award, his hometown here in Belgium named him a ‘cultural ambassador par excellence.’ To judge from his cartoon, however, I am not certain what culture he represents,” Edelstein said.

Edelstein closed by quoting the Prophet Isaiah’s prediction that “Old men and old women will again dwell in the streets of Jerusalem . . . And the streets of the city shall be full of boys and girls,” before demanding the parliament recommit themselves to the central message of the Holocaust. 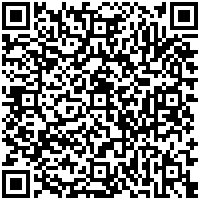